Naga is the story of a young Monk who renounces everything to find nirvana.

Naga is the story of a young Monk who renounces everything to find nirvana.

The White Snake encounters him as he is saying goodbye to his wife. The couple’s grief moves her and she longs to experience such powerful emotion. The Monk encounters a demon, who tempts him three times. The Monk resists the first two attacks, but his resistance weakens during the third as he sees a vision of his wife dying after giving birth to their child. The White Snake stops him from turning back and leads him to a renowned healer, who takes him in as an apprentice. When the Master discovers the White Snake, he recognizes her magic - she is the answer to his prayers for the salvation of the world; anyone who eats of her will be healed. The Monk, however, believes that she should be free for the universe to have beauty and uniqueness. The Master orders him to hold down the White Snake so he can sacrifice her. In the ensuing struggle, the Monk releases the snake and the Master is stabbed. Read the full synopsis

How did Naga come about? Charles was the culprit yet again! Charles kept asking how the White Snake came to be. He was not satisfied with my answer that I didn't know, that she just is/was and had always been so. Unfortunately, the Legend of the White Snake gives no clue as to her origins. READ CERISE LIM JACOBS’ INSPIRATION... 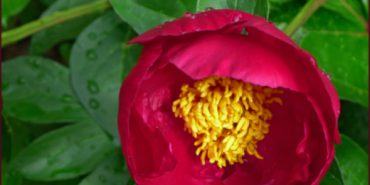