You are the lone cowboy Silhouetted against your comet's fiery tail Riding the endless cosmos Into the deepest darkness.

White Snake Projects and its 2020 programs are supported in part by a grant from the Boston Cultural Council and administered by the Mayor’s Office of Arts and Culture.

Inspired by the historic landing of the space probe Philae on Comet 67P/Churyumov-Gerasimenko, Cosmic Cowboy explores the origins of the universe beginning at the Big Bang when the universe is formed by the mating of the Sumerian gods, Tiamat and Apsu. It traverses the mystery of time and space, through wormholes, black holes and alternate universes, until it comes full circle into the ultimate mystery - the human heart. Tia, Tiamat’s daughter, befriends the robotic probe and together, they confront the Astronaut from the spaceship Mayflower sent to retrieve the robot and to capture Tia, the first extra-terrestial known to us.

I've followed Philae's botched landing with bated breath, rooting for the the washing machine sized probe as it bounced several times when its thrusters failed to deploy, sending it reeling about due to 67/P's lower gravity. I've sighed with disappointment as its battery shut down because it landed in the shadow of an overhang and did not have the requisite sunlight to recharge itself. I've jumped with joy when 67/P sped nearer the sun and Philae was rejuvenated. I've watched with admiration as that plucky little robot sent back streams of data. I've read with curiosity the articles that there may be alien microbes on 67/P which Philae could unearth, and now, water, on Mars! READ CERISE LIM JACOBS’ INSPIRATION...

Deprecated: array_key_exists(): Using array_key_exists() on objects is deprecated. Use isset() or property_exists() instead in /www/wp-content/plugins/timber-library/vendor/twig/twig/lib/Twig/Template.php on line 580 Cosmic Cowboy on the White Snake Projects Blog 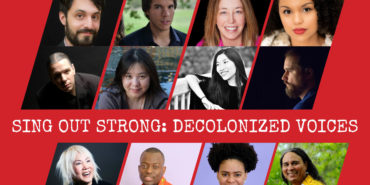 Deprecated: array_key_exists(): Using array_key_exists() on objects is deprecated. Use isset() or property_exists() instead in /www/wp-content/plugins/timber-library/vendor/twig/twig/lib/Twig/Template.php on line 580 Sing Out Strong: DeColonized Voices Coming to a Screen Near You

Deprecated: array_key_exists(): Using array_key_exists() on objects is deprecated. Use isset() or property_exists() instead in /www/wp-content/plugins/timber-library/vendor/twig/twig/lib/Twig/Template.php on line 580 We hope that you're all safe and well as we do our part with social distancing. At this point, it's impossible to tell when this great trial will be over. WSP has postponed our second SING OUT STRONG concert tour – Sing Out Strong: DeColonized Voices – from May to September, even as we're planning a virtual world premiere of the concert for May 13. Read More

Deprecated: array_key_exists(): Using array_key_exists() on objects is deprecated. Use isset() or property_exists() instead in /www/wp-content/plugins/timber-library/vendor/twig/twig/lib/Twig/Template.php on line 580 Now for Some Good News

Deprecated: array_key_exists(): Using array_key_exists() on objects is deprecated. Use isset() or property_exists() instead in /www/wp-content/plugins/timber-library/vendor/twig/twig/lib/Twig/Template.php on line 580 In these pandemic times where good news is scarce, we’re overjoyed to share with you some great news on the White Snake front! Read More