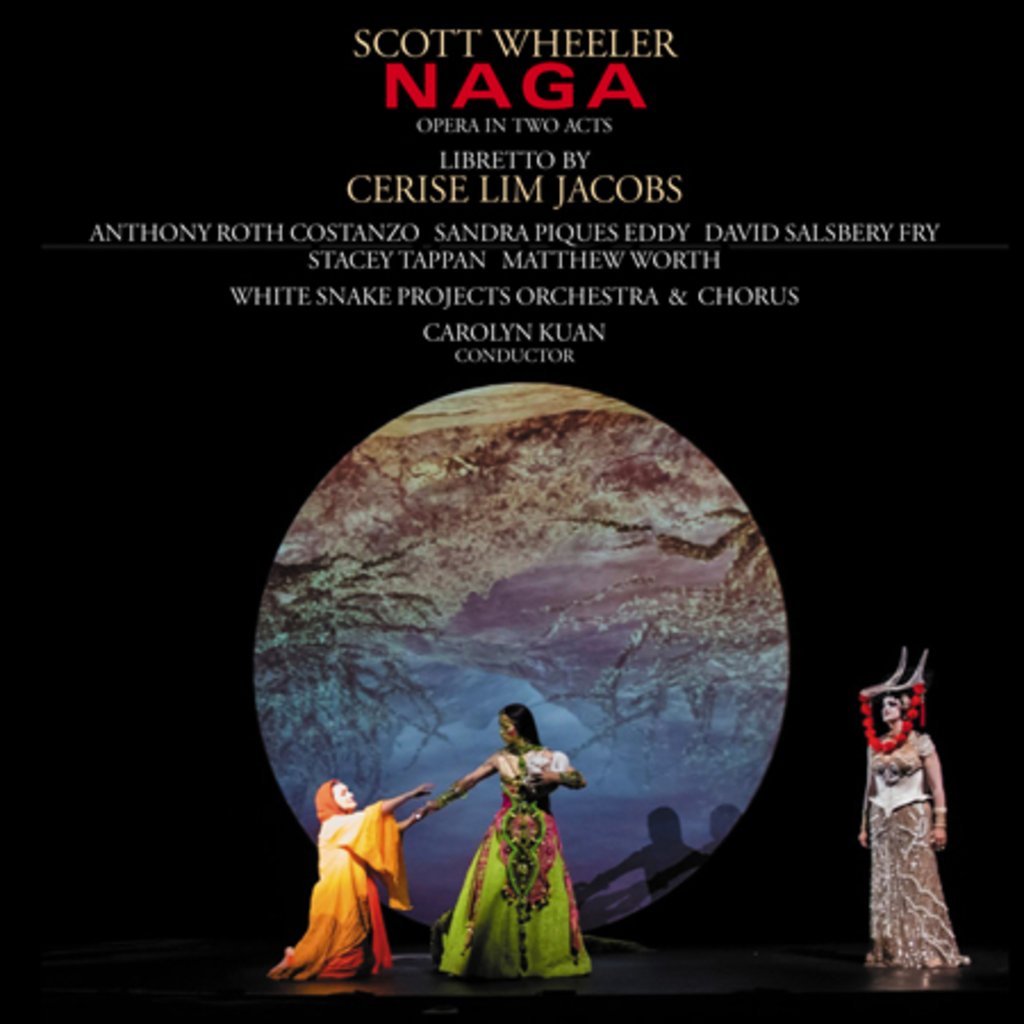 I remember back in 2014 when I first met Scott Wheeler. We had lunch together to talk about a potential collaboration on a new opera, Naga (Sanskrit for “protector snake.”) I told Scott that Naga was instigated by guess who? Charles, of course, who kept asking how the White Snake came to be. Charles’s questions started me thinking about whether the White Snake was ever “born” the way you or I were born; whether she was created in the beginning when the universe was created; whether . . .

As I started down this track, I found that the “idea” of the Snake was prevalent in many different cultures and that these myths shared uncanny similarities. The Snake appears in different creation stories; it is hailed as protector and feared as destroyer. It is worshipped and loathed; revered and despised. I began to incorporate these different myths into the creation of my White Snake, and that’s how Naga took form. It tells the story of how it came to be that this powerful cold-hearted warrior queen began her long quest to find her humanity, a quest that takes her through space and time, and from lifetime to lifetime.

Scott’s eyes gleamed with excitement. He began tossing out ideas of musical colors, themes and motifs. I thought, “Whoa, we haven’t discussed if we’re a good fit together, but I guess Scott thinks we are!” Thus began our collaboration on the creation of the young White Snake on the cusp of her journey to find herself. Scott’s affinity for the piece is palpable. Opera News selected Naga as a Critics’ Choice recording in its recent edition, writing:

Opera News subscribers can read the whole review here and everyone can listen to the recording here: