The voices behind Team Phoebus take a break from rehearsals to speak with us about PermaDeath‘s technology, video games, and their love of baking. 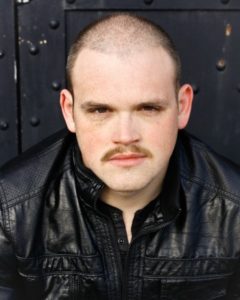 I think I’m most looking forward to seeing how all of the music, technology, and special effects play into the audiences experience. This project is unlike any other, and I can’t wait to feel the excitement in the theatre as the audience gets to go on this journey with us!

I definitely wouldn’t consider myself a gamer, but I am at level 1,650 in Candy Crush on my iPhone, and for me, that is quite an achievement. Ha!

Why/how did you become involved in PermaDeath?

After having spent the past several years involved in the workshops of Cerise’s other operas, when she asked me to sing Apollo in PermaDeath, I jumped at the offer. The productions with White Snake Projects are unlike any I’ve ever experienced, and I am so thrilled to be making my debut with the company in this cutting edge piece!

I love to bake. When I’m not working on a new piece, you’d probably find me in the kitchen making some sort of pastry. Speaking of that, I need to take a quick break from this Q&A and get a Victoria Sponge Cake out of the oven. Hopefully, Mary Berry will approve. 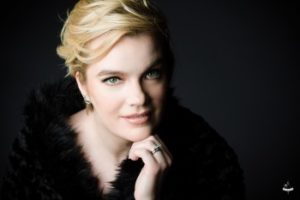 Artemis is strong and also extremely clever. I like to think of myself as someone who is also strong both physically and mentally. I may not be as on-the-spot clever as she is, but I am creative and clever in other ways.

I am really looking forward to learning about and experiencing the technology that is being utilized for the production. I also think that the story is really going to move people so I am excited to see the audience’s reaction. It is a heartwarming, funny, and exciting story all-in-one! The music is also a combination of exciting, haunting, and beautiful and I’m excited to be singing it!

Tell us about a memorable performance in your music career.

My most memorable performance to date was most definitely my Metropolitan Opera debut as First Lady in Mozart’s Die Zauberflöte in the fall of 2014. Nothing can ever prepare you for the feeling you get standing on that stage, knowing that it is the same stage where many of the greatest singers in the world also once stood.

I really love reading books… especially biographies and anything non-fiction. I love to learn new things about random subjects. 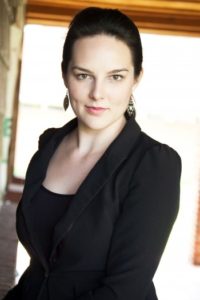 Well, I love new works, so I’m always excited to be a part of them. However, the thing I’m most excited about is that this show is going to attract people that may not have normally gone to an opera. I think there’s a great energy surrounding this project. I’m glad I’ll get to be there for it!

What do you think of the technology being used in PermaDeath?

I’m excited about that, too! I’ve worked in shows that have used projections and some electronic music, but this is a whole different level. I’ve always thought that motion capture was such a cool thing in movies, so it’s going to be awesome to try it myself. I’m also excited, as a mezzo, to be given this tool when playing a man (as I am in this show). I play men a lot in opera, which is fun, but you’re limited to your own physical form. I think it’s going to be great to play this role and not have to worry so much about how I look.

I’ve always been such a big fan of Sasha Cooke. She’s built such an interesting career and she’s always true to herself as an artist. It’s so inspiring to see someone be aware of and embrace what makes them unique and amazing. I think she’s fantastic. I got to cover her last year in Santa Fe and I was VERY starstruck. However, she was so nice to me (and everyone around her) and gave me so much honest advice about the career. She’s the coolest.

I love to bake! I’m not SUPER experienced, but I love to try out new techniques. Things don’t always come out perfectly, but it’s fun! I also love sea life, so I have a kind of goofy project where I’m trying to visit every aquarium in America. There are more than you’d think! 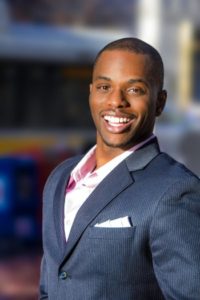 How did you become involved in PermaDeath?

Back in the fall of 2016, I was NYC performing a couple of shows with Jason Robert Brown. My voice teacher from Boston University, Penelope Bitzas, was in town that weekend as well. She mentioned me to Cerise on a Friday and the next morning I was barefoot singing some a capella negro spirituals in a Lincoln Center apartment. Soon as after she offered me this role. I love the challenge of creating new roles and singing new music so I was very game for this opportunity.

Mini-B and his supercharged alter ego remind me of Beyonce and her alter ego, Sasha Fierce. Overall, he’s cute and sweet but when it’s time to get down, watch out! That duality lives in me on and off stage. Also, he’s very loyal and sensitive to the needs and wishes of others and I can totally connect to that.

I’m looking forward to the reactions of the audiences. Yes, they will be awed by the technology but I hope they are moved by the storytelling from this team as a whole.

Would you consider yourself a “gamer”?

Would definitely not consider myself a gamer! In fact, some of my cousins used to tease me as for not playing video games when we were kids. When I told them what kind of show I was in, they were bursting with laughter but very excited.

What do you think of the technology being used in PermaDeath?

The technology is BANANAS!! I hate that I haven’t gotten to see more of it!

There are too many to name Leontyne Price, Maria Callas, Aretha Franklin, and Whitney are among of my greatest influences. Their singing and musicianship is undeniable but moreover, they we always devoted and passionate in everything they approached. Plus they broke down barriers in their fields. As a Black artist and educator, this is a huge inspiration to me. In addition to these women, are Cook, Dixon, and Young, the original Three Mo’ Tenors. They showed power in their artistic versatility and each of them have been a model for my career.

Tell us about a memorable performance in your music career.

My most cherished musical memory was singing a duet with Aretha Franklin as the finale for the annual Dr. Martin Luther King Jr. Celebration at the Kennedy Center on the eve of President Obama’s first inauguration. Weeks prior, I and another singer had been selected by the concert’s music director Nolan Williams to sing the finale as Ms. Franklin was unsure if she was going to sing it herself. However, as we go on stage, Nolan pulls me aside and says that Ms. Franklin has decided to sing the finale and that I would be singing with her. It was the most thrilling and scary moment but something that I had spoken into existence as a child. What was just as special was that I was able to share the moment with some of my dearest friends at Morgan State University as of whom are accomplished musicians, scholars, and educators. If you search YouTube, you’ll find that moment somewhere.