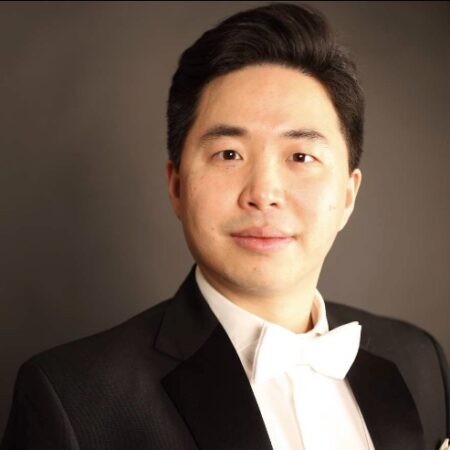 Tenor Ziwen Xiang’s voice has been described as possessing a remarkably sweet, spinning, warm tone, ideal for the lyric stage.

This September he sang Arturo in Lucia di Lammermoor with New York City Opera. His 2021-22 season began with a concert of Opera Favorites around the U.S.  This season, he will also debut as Don Ottavio in Don Giovanni with the Mid-Atlantic Orchestra and Seton Hall University, perform the Bach Magnificat and Vivaldi Gloria RV588 with the Taghkanic Chorale in NY, and in January debut as Ferrando in Cosi fan tutte at Grand Rapids Opera.

Last season witnessed Xiang’s film debut as Rodolfo in Puccini’s La Boheme, produced by More Than Music Ltd of Hong Kong and his debut with the Phoenicia Festival of the Voice as Beppe in Pagliacci. Further, in August he was proud to sing the Star Spangled Banner for a N.Y. Mets game.   Ziwen made his New York City Opera debut in their world premiere of Stonewall, by Ian Bell and Mark Campbell and his debut with the Metropolitan Opera Guild’s “Members Lecture Performances” he sang Rinuccio in Gianni Schicchi.  The season also witnessed tenor Xiang as featured soloist with the Sino U.S. Artist Association, and at New York’s Opera America as the Duke in Verdi’s Rigoletto.