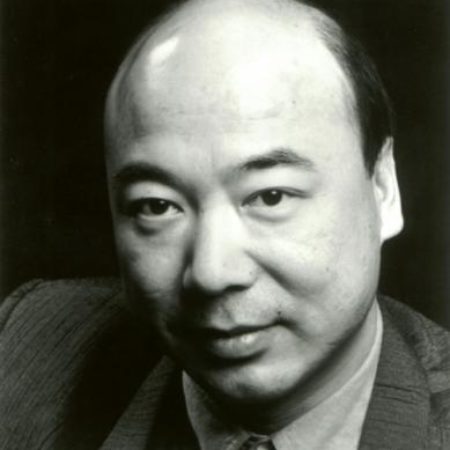 Zhou Long (b. July 8, 1953, Beijing) is recognized internationally for creating a unique body of music that brings together the aesthetic concepts and musical elements of East and West. Deeply grounded in the spectrum of his Chinese heritage, particularly its philosophical, and spiritual ideals, he is a pioneer in combining the idiomatic sounds and techniques of ancient Chinese musical traditions with contemporary Western ensembles and compositional forms.

In 2003 the American Academy of Arts and Letters awarded Zhou Long its Academy Award in Music, recognizing lifetime achievement. The citation reads: “Unlike many composers of today working between cultures, Zhou Long has found a plausible, rigorous, and legitimate way of consolidating compositional methods and techniques that allow him to express brilliantly both his experiences as a composer of Western music and his considerable knowledge of his native China. In [his music], Zhou Long displays a stunning (quasi-tactile) orchestral imagination that dramatically demonstrates his skill of embedding elements of the two cultures in a consistent, seamless, and original musical language.”

During the 2006-07 season, Zhou Long participated in a year-long residency with the Westfield (NJ) Symphony Orchestra as part of Music Alive VII, sponsored by Meet the Composer and the American Symphony Orchestra League. Zhou Long is currently Visiting Professor of Composition at the University of Missouri-Kansas City Conservatory of Music. In May 2002, he was Music Alive! Composer-in-Residence of the Seattle Symphony’s “Silk Road Project” Festival with Yo-Yo Ma, supported by the American Symphony Orchestra League and Meet the Composer.

Zhou Long has received fellowships from the American Academy of Arts and Letters, the National Endowment for the Arts, and the Guggenheim and Rockefeller Foundations, as well as recording grants from the Mary Flagler Cary Trust and the Aaron Copland Fund for Music. His awards include Masterprize (Two Poems from Tang with a performance by the London Symphony and recordings for BBC and EMI), and the CalArts/Alpert Award in the Arts, as well as winning the Barlow International Competition (Tian Ling with a performance by the Los Angeles Philharmonic), the Fifth International Competition in d’Avray, France (Dhyana), the Ensemblia Competition in Mönchengladbach, Germany (Ding), and many top prizes from Chinese national competitions. He has been the recipient of commissions from the Koussevitzky Music Foundation in the Library of Congress, the Fromm Music Foundation at Harvard University, Meet the Composer, Chamber Music America, and the New York State Council on the Arts. Among the ensembles who have commissioned works from him, are the Bavarian Radio Symphony Orchestra (Out of Tang Court), the Brooklyn Philharmonic Orchestra (Poems from Tang), the Tokyo Philharmonic (The Future of Fire), the New Music Consort (The Ineffable), the Pittsburgh New Music Ensemble (Soul and Tian Ling), the Peabody Trio (Spirit of Chimes), the Kronos, Shanghai, Ciompi, and Chester string quartets (Poems from Tang), and the vocal ensemble Chanticleer (Words of the Sun). In September 2000, his evening-length work Rites of Chimes, for solo cello and Chinese instruments, was premiered at the Freer Gallery of Art, Smithsonian Institution, Washington D.C., by Yo-Yo Ma and Music from China.

Zhou Long was born into an artistic family and began piano lessons at an early age. During the Cultural Revolution, he was sent to a rural state farm, where the bleak landscape with roaring winds and ferocious wild fires made a profound and lasting impression. He resumed his musical training in 1973, studying composition, music theory, and conducting, as well as Chinese traditional music. In 1977, he enrolled in the first composition class at the reopened Central Conservatory of Music in Beijing. Following graduation in 1983, he was appointed composer-in-residence with the National Broadcasting Symphony Orchestra of China. He came to the United States in 1985 under a fellowship to attend Columbia University, where he studied with Chou Wen-Chung, Mario Davidovsky, and George Edwards, receiving a Doctor of Musical Arts degree in 1993. After more than a decade as music director of Music from China in New York City, he received ASCAP’s prestigious Adventurous Programming Award in 1999.