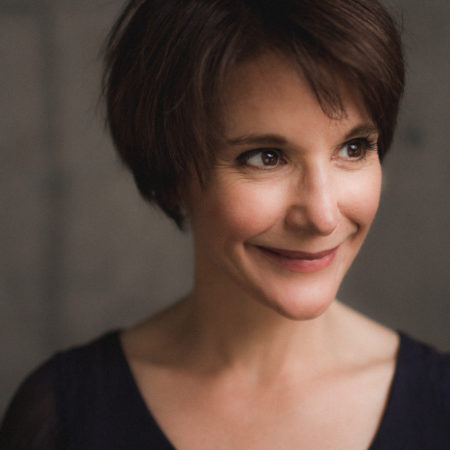 Wanda Strukus is a producer, curator, artist, and teacher whose practice emphasizes ensemble-building, collaboratively-created physical theater, and interdisciplinary exploration. She has collaborated with Artists for World Peace, Another Country, Salem Theater Company, Babes with Blades, Daniel McCusker Dance Projects, Theatre Kapow, and others. As co-founder of Two Roads Performance Projects, she produces public art projects and community-engaged works across a wide range of media.

She holds degrees from Tufts University (drama/puppetry/masked performance), University of Arizona (theater/playwriting), and Wesleyan University (film). She was the founding director of the BFA in Contemporary Theater at Boston Conservatory at Berklee and has taught, directed/choreographed, and produced at universities throughout New England.

She is an alumna of the Jacob’s Pillow Choreographer/Director Lab, a recipient of a Green Street Studios Emerging Artist Award, and has served on the Medford Arts Council. She performs and collaborates with Brian Crabtree, Penny Benson, and Two Roads Performance Projects.