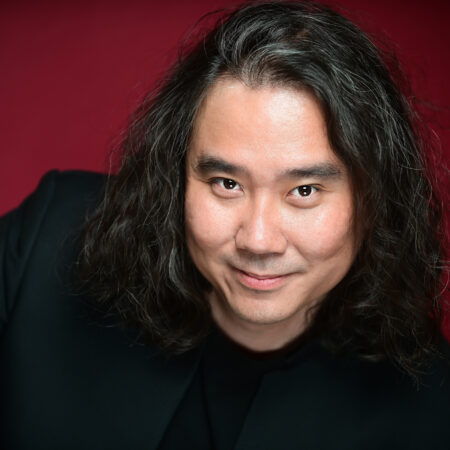 Tianhui Ng is the Music Director of White Snake Projects, where he has led more than 40 premieres since 2020, including Cerise Jacobs and Jorge Sosa’s Alice in the Pandemic which was chosen by the Library of Congress for their special collection recognizing the production as one of the most significant works of art in America during the pandemic. Known for his thoughtful, sensitive work with singers and composers, Tian has led performances of unusual firsts like Irin Ajo, a new Yoruba opera, by Nigerian-American composer, Olabode Amojola and José Javier Peña Aguayo’s Prints of Lost Breath which connects the #BLM protests in Loisa, Puerto Rico with the Bomba. This season, Tian looks forward to the release of his first album with the Lviv National Philharmonic of Ukraine on Nimbus, a series of performances with the Victory Platers in collaboration with New England Public Media on National Public Radio and the Public Broadcasting Service, and his debut with the New England Philharmonic.