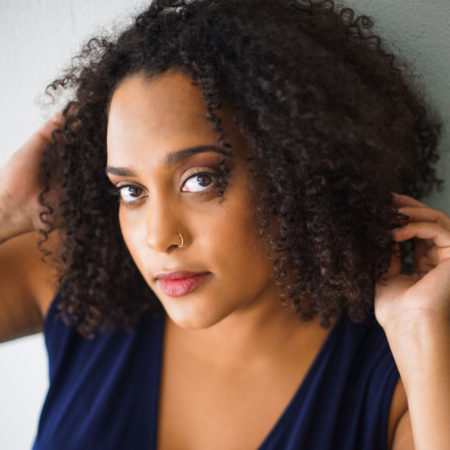 Chicago based, soprano Tiana Sorenson holds an MM in Voice and Opera from Northwestern University (2019) where she boasts operatic performance credits including the roles of Governess (Turn of the Screw), Zerlina (Don Giovanni), the title role in Handel’s Theodora, and Sa Femme (Le Pauvre Matelot) with Northwestern Opera Theatre. Tiana was the soprano soloist for Adolphus Hailstork’s oratorio Done Made My Vow (Lawrence University),Poulenc’s Gloria (UW – Milwaukee) and joined Grammy-award winning new music ensemble, The Crossing, for the world premiere of Julia Wolfe’s Fire In My Mouth with the New York Philharmonic. Tiana covered the role of Pip in Jake Heggie’s Moby Dick with Chicago Opera Theater and has performed in West Side Story at the Edinburgh International Festival under the baton of Sir John Eliot Gardiner.

Tiana is on the 20/21 roster of the Boston all-women ensemble, Lorelei and will premiere a commissioned work with orchestra by Julia Wolfe entitled Her Story. In October 2020, she was able to reunite with The Crossing to work on select socially-distanced projects in Pennsylvania. Later that month she made an appearance in Milwaukee Opera Theatre’s Enchanted Park(ing Lot) concert, and throughout November collaborated with Aperi Animam for a virtual Advent Lessons and Carols recording.

An advocate for social justice, Tiana was a guest panelist for #BlackVoicesMatter, a virtual discussion through Facebook in the fall with Milwaukee’s early music ensemble Aperi Animam, and has been a featured artist on the concert A Journey Unsung (February, 2020)and a virtual event Good, Necessary Trouble (September 2020)put on by Chicago-based organization Hearing In Color, whose mission is to underscore the work of music historically excluded from classical spaces.