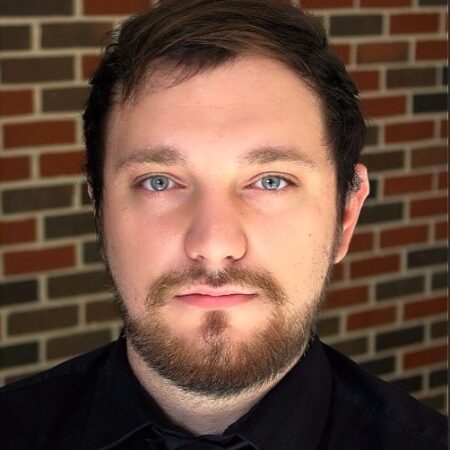 Boston-based composer and trumpet player, Stephen Ryan Jackson writes music inspired by everyday phenomenon, the mundane, micro-narratives, and physical sensations. His music has been commissioned and performed by musicians across the US and he is currently a composer in residence with Chicago/Boston based ensemble New Music Mosaic and is the artistic director of Re:Works.

Jackson is a recent graduate of New England Conservatory, where he received a Masters in Music Composition. He composes in a variety of mediums including works for orchestra, wind ensemble, chamber, and vocal music, often interweaving electronic elements with acoustic instruments. Working extensively as a collaborator, Jackson works closely with soloists and chamber ensembles in order to create dialogues between composer, performer, and audience. In addition to his composing endeavors, Jackson is an accomplished trumpet player specializing in new works for solo trumpet and electronics.