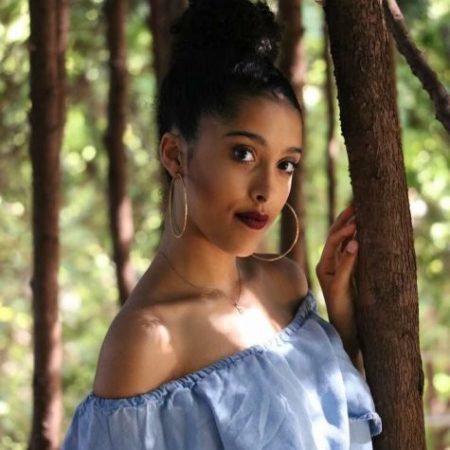 Sophia Byrd is a junior at the University of Illinois in Urbana-Champaign pursuing a BMA in Lyric Theater. Sophia began her career singing with the Chicago Children’s Choir through which she was able to perform works such as Otello and Carmina Burana with the Chicago Symphony Orchestra and Riccardo Muti. She has performed and recorded alongside artists such as Yo-Yo Ma, Jennifer Hudson, Kurt Elling, and Chance the Rapper. Her song, “I See the Light” was featured in the Spike Lee original motion picture Chiraq.

Sophia made her New York debut in the world premiere of Pulitzer prize nominee Ted Hearne’s work Place followed by Tony Award nominee Heidi Rodewald’s The Good Swimmer at the 2018 BAM New Wave Festival. She recently appeared in Lyric Theater @ Illinois in collaboration with Krannert Performing Arts Center’s production of Crazy for You and placed first at Chicago NATS 2019 for college women, second year. She played the roles of Sandi in Cedar Point’s production of Beach Blanket Beagle and Woman 1 in Lyric Theatre @ Illinois’ production of Songs for a New World.

In her spare time, Sophia enjoys bodybuilding, being a tourist in my her city, and sitting in the sun with good books and good eats.

This coming season, Sophia can be seen as Eve in REV. 23 at the New York Prototype Festival, and will be making her LA debut as Ted Hearne’s  Place travels to Walt Disney Concert Hall.