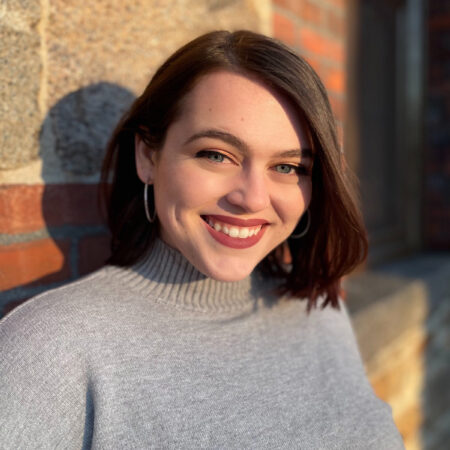 Ms. Rogers holds a Bachelor of Music from Palm Beach Atlantic University, where she studied with Marilyn Mims. During her time at Palm Beach Atlantic University, she was featured as the soprano soloist for Mozart’s Coronation Mass, Handel’s Missa brevis Sancti Joannis de Deo (Little Organ Mass), and won the 2018 Concerto Competition, in which she performed Mozart’s Exsultate, jubilate with the PBA Symphony Orchestra. Her operatic credits include the role of “Rosalinda” in the PBA Opera Workshop performance of Die Fledermaus, and her work as a chorister for Palm Beach Opera’s 2018-19 season.

Sarah has also been an avid educator for over six years. She teaches private voice, theatre, and beginner’s piano. Her students range from young beginners to adults, all in various styles, such as classical, musical theater, and popular music. She has served as a musical director and stage director for shows such as Les Miserables, Guys and Dolls, Mary Poppins, Legally Blonde, and many more. She recently stepped into an administrative position with White Snake Projects, an activist opera company, where she combines her passions for opera and social justice.