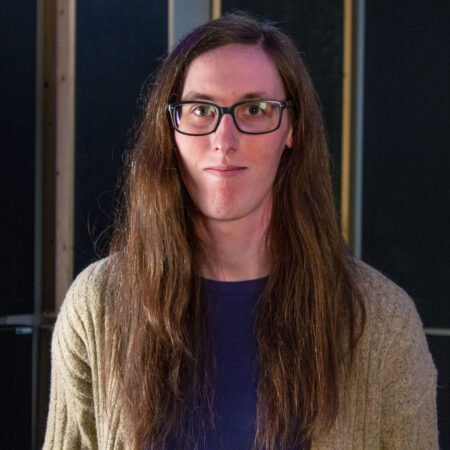 Ryan Ayres is a composer, producer, and multi-instrumentalist from the San Francisco Bay Area. She writes and performs in a wide range of styles, from classical jazz to sample-drenched electronica.

Her instrumental work has been performed by ensembles such as the San Francisco Symphony and the SFJAZZ High School All-Stars, and has been presented in venues such as Davies Symphony Hall and the Morton H. Meyerson Symphony Center in Dallas, Texas. Her work as a producer has been released digitally and physically through independent labels on cassette and VHS tapes and streamed live for enthusiastic audiences on YouTube and Twitch.

Ryan’s work as a producer and composer explores identity, communication, rituals, habits, and memory, as well as the connections between people and the artifacts and records they leave behind. Her work can be hypnotic yet alien, comforting but distant, or nostalgic for something never before experienced.