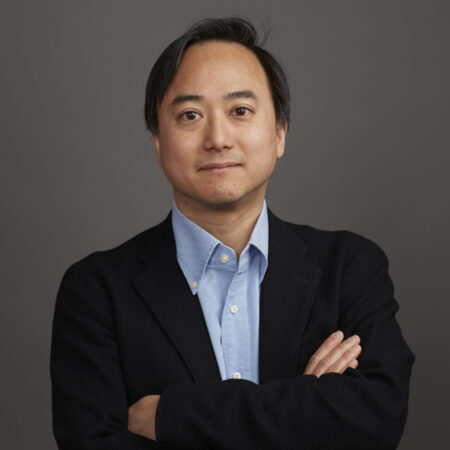 RANDALL ENG’s music lies at the intersection of opera, music-theatre, and jazz. His operas Florida and Henry’s Wife have been presented by UrbanArias, Lyric Opera Cleveland, New York City Opera’s VOX Festival, The American Opera Project, the Virginia Arts Festival, and the Center for Contemporary Opera.

His latest opera is Before the Night Sky. A contemporary re-telling of the Greek myth of Castor and Pollux collided with the stories of their twin sisters Helen of Troy and Clytemnestra, Before the Night Sky was featured at OPERA America’s New Opera Showcase and is in development at The American Opera Project.

Recent non-theatrical works include Harbor, a song for soprano and orchestra created with U.S. Poet Laureate Tracy K. Smith for the Boston Pops; the choral work Remain, a setting of an immigration rights pamphlet for MasterVoices Chorale; and Miracles, a setting of a Walt Whitman poem for Mirror Visions Ensemble.

He has been awarded grants, prizes, and residencies from the Civitella Ranieri Foundation, the Montalvo Arts Center, the Ucross Foundation, the John Duffy Composers Institute at the Virginia Arts Festival, Tapestry Opera, and New Dramatists.

Randall is a graduate of Harvard University, Cambridge University, and NYU/Tisch’s Graduate Musical Theatre Writing Program, where he is now an Associate Arts Professor. Together with stage director Sam Helfrich, he founded and leads the Tisch Opera Lab. www.randalleng.com.