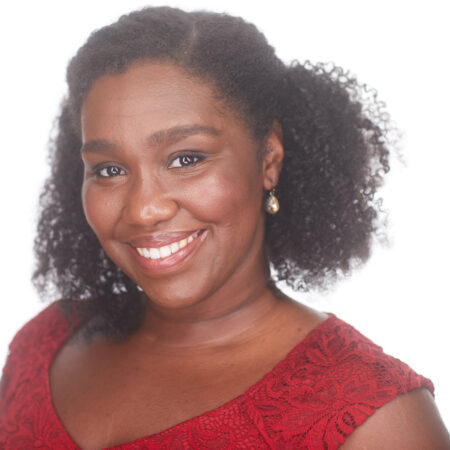 Mezzo-soprano, Olivia Johnson was reviewed by Opera News as a “standout… commanding and reassuring, with the timbre of a contralto and the astounding upper extension of a dramatic mezzo” in her portrayal of Girlfriend 3 in Jeanine Tesori and Tazell Thompson’s opera, Blue with Detroit Opera Theatre.

This past summer, Ms. Johnson attended Chautauqua Opera where she covered the role of the Mother in Thumbprint (Kamala Sankaram) and performed the role of Gertrude Stein in the Mother of Us All. Before attending Chautauqua, she covered Ella and performed Mezzo I in the ensemble of X, The Life and Times of Malcolm X (Anthony Davis) for Detroit Opera Theatre and this past November she revised both role and cover for Opera Omaha.