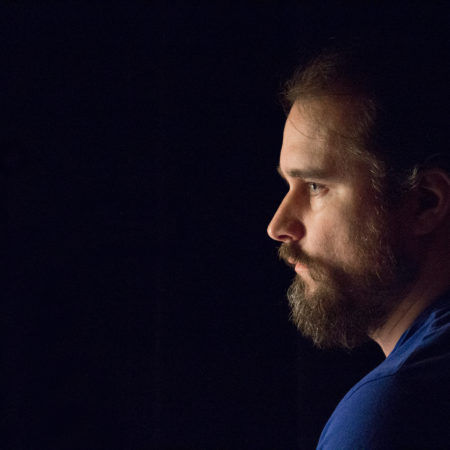 Mike von der Nahmer is a composer, sound researcher, music psychotherapist, and creator of MuTaDra (Music – Theater – Drama) home of transformative music theater. His American/German/Cuban heritage influences the questions of identity, complexity, and transcendent connection that shape his music. He has written over 30 works for stage and over 100 works for concert and film; many have received national/international awards and been performed around the world.

Mike holds a B.A. in composition from the University of Music and Performing Arts, Munich/Germany, an MA in Music therapy from the University of Augsburg and an M.F.A. in Musical Theater Writing from New York University. Besides his formal training, he studied traditional Chinese music with Chinese composer, pianist, and ethnomusicologist Wang Ai Qun.