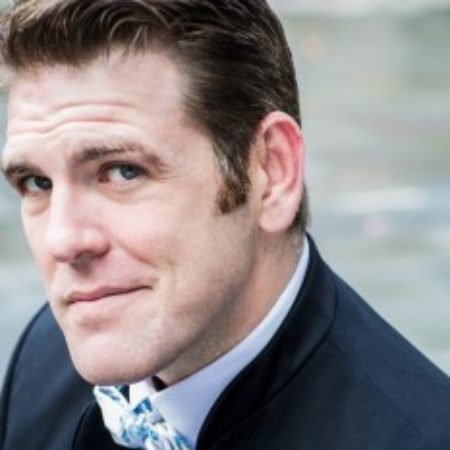 With a “powerful” voice and an “arresting stage presence”, baritone Michael Mayes enjoys a busy operatic career in both traditional and contemporary operatic roles with theaters throughout the United States and Europe. He is well-known for his critically acclaimed portrayal of Joseph de Rocher in Jake Heggie’s Dead Man Walking with multiple US theaters including Washington National Opera and will make his debut in that same role with Teatro Real and the Barbican. Of his De Rocher, Opera News hailed Michael Mayes, in his sixth production of the opera, embodied the conflicted character of Joseph De Rocher with an almost eerie intensity… this was a consummate performance, powerfully sung and acted.” Other Jake Heggie operas Mayes has performed in included Manfred in Out of the Darkness: Music of Remembrance, Charlie in Three Decembers with UrbanArias, and the world premiere of Great Scott with Dallas Opera and San Diego Opera. Mr. Mayes is known for his portrayals in other contemporary operas including Older Thompson in Glory Denied with Nashville Opera, Opera Memphis, and Fort Worth Opera, Lawrence in The Wreckers with Bard SummerScape, Adam in The Canticle of the Black Madonna with Anima Mundi Productions, Kinesias in Mark Adamo’s Lysistrata with Fort Worth Opera, Adam in Baden-Baden 1927 with Gotham Chamber Opera, and Edward Gaines in Margaret Garner opposite mezzo-soprano Denyce Graves with the Opera Company of Philadelphia and Opera Carolina.

Engagements for the 2016-2017 season included Dead Man Walking with Washington National Opera and Pensacola Opera, Soldier Songs with Des Moines Metro Opera, and his return to Dallas opera as Doug in Everest and Central City Opera as Escamillo in Carmen. Mr. Mayes moves into more dramatic repertoire in the 2017-2018 season, including Conte di Luna in Iltrovatore with Central City Opera. Additionally, he joins Teatro Real in Madrid and the Barbican in London for Dead Man Walking, Lyric Opera of Kansas City as Doug in Everest, Pittsburgh Opera as Starbuck in Moby Dick, and Atlanta Opera as Sweeney Todd. He will reprise De Rocher in 2019 with Atlanta Opera in a production that costars mezzo-soprano Jamie Barton.