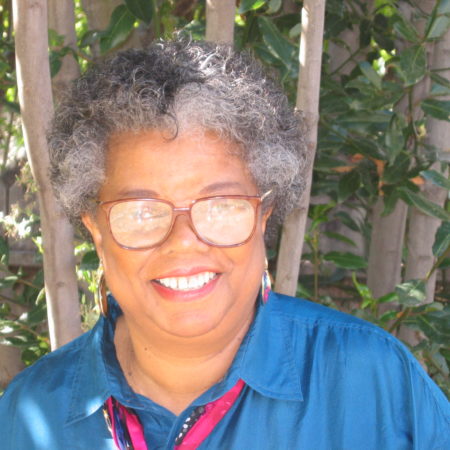 Mary Watkins is an eclectic composer and pianist of the classical and jazz traditions, often incorporating one with the other or bringing the various styles of ethnic, blues, gospel, country, folk and pop music into her original works.  Her versatility as a composer, arranger, pianist, and producer has led her to compose for symphony orchestra, chamber and jazz ensembles, film, and theatre.

Born in Denver, Colorado Watkins began playing piano at age four.  By eight, she was accompanying a children’s choir and had begun to improvise and compose short pieces.  In 1972 she received a Bachelor’s degree in Music Composition from Howard University in Washington, D.C.  She later earned her living performing with jazz groups in the DC area and as Musical Director,  Resident Composer and pianist for theatre and modern dance groups.

A move to California in 1976 brought new opportunities.  She first worked as a free lance copyist and transcriber in the  music industry of Los Angeles.  Soon after, she moved to Oakland, CA and established her own jazz group, playing the Monterey Jazz Festival, Russian River Jazz Festival, major jazz clubs and many other important venues for jazz musicians.  During this time she also recorded her own first album, Something Moving  (Olivia Records) featuring herself on piano heading a jazz fusion quartet.  In 1981 a jazz performance grant from NEA helped to make possible her second album, Winds of Change  (Palo Alto Jazz), which is a live recording featuring a 42 piece jazz orchestra.  Her work then expanded as producer, arranger, keyboardist and composer.  She has produced several commercial albums and her arrangements are heard on many records spawned in the Bay Area music scene.  Her third album, Spiritsong  (Redwood Records), an evocative collection of solo piano pieces, was released in 1985, Song For My Mother (Hightide Music) a jazz trio in 1999, Who Has Not Been Touched, (Hightide Music) jazz quartet in 2004, Dancing Souls (LadySlipper) , a duo with piano and flute featuring Mary Watkins and Kay Gardner in 2000.

Since the mid eighties Watkins has also focused on composing, receiving commissions for orchestra, theater, and dance.  In 1986 she was commissioned by the Women’s Philharmonic to compose a symphonic work which was premiered in April of 1987.  Also in 1987 NEA awarded Watkins a prestigious Jazz Composer’s Fellowship to compose a work for symphony orchestra and jazz combo, which premiered in 1988 with her chamber jazz ensemble and members of the Oakland Symphony.  In 1988 she also completed a jazz score to the musical play Lady Lester Sings The Blues, a Lorraine Hansberry production based on the life of Lester Young and in 1989, for the same theatre company, The Bluest Eye,  based on Toni Morrison’s novel which was funded by the Gerbodi Foundation.  For ten years, (1986-1996) she was the musical director and composer/arranger for the music in the dance theatre piece , The Revolutionary Nutcracker Sweetie.  In May of 1990 The American Jazz Theatre commissioned an innovative 50 minute work  for a 12 member chamber  jazz ensemble which was premiered in 1991; funded by Meet the Composer  In November of 1992 a 20 minute choral work, We Are One  was commissioned by Redwood Cultural Works for the New Spirituals Project and premiered by the Oakland Youth Chorus of the same year.  In 1993 she was commissioned by the Sacramento based Camellia Symphony Orchestra to compose a piece, Five Movements In Color, funded by Meet The Composer and premiered in February of 1994 and recently recorded on the Albany Record Label. In addition to composing for the concert stage, theatre and dance, Ms Watkins has composed  music for many award winning documentary films, 3 of which were nominated for academy awards in 1994. She has written three operas, Queen Clara, in collaboration with Playright, librettist, Lance Belville Dark River, and Emmett Till.  She composed both the libretto and music for Dark Rriver

Her most recent commissions have been composing a symphonic work, The Initiate, for The National Women’s Music Festival 2016, completing the opera, Emmett Till in collaboration with librettist, Clare Coss, 2018 which was to be premiered on October 8th and 9th in New York but has been postponed until further notice due to the covid19 pandemic.