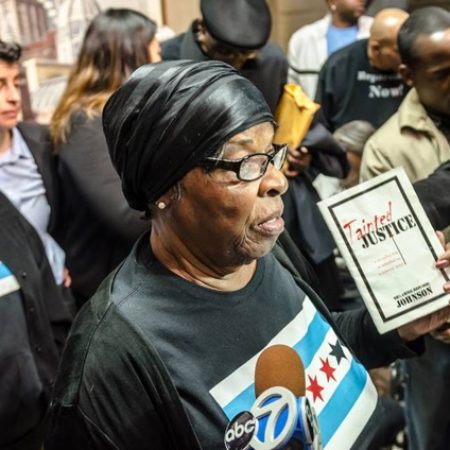 Mary L. Johnson is a pioneer in the struggle against Chicago police torture. She was one of the first people to file a complaint against now-disgraced former Commander Jon Burge for allegations of torture and abuse of her son Michael Johnson who is serving a life sentence without the possibility of parole. For over forty years, she has been tireless in her efforts seeking justice for her son and all Chicago police torture survivors, death row prisoners, and those confined in Illinois’ supermax prisons. She was a leading voice in Citizens Alert; she took part in monthly visits to Illinois’ death row with the Illinois Coalition to Abolish the Death Penalty; worked with the Campaign to Prosecute Police Torture; and most recently, supported the successful campaign for reparations for Burge torture survivors.