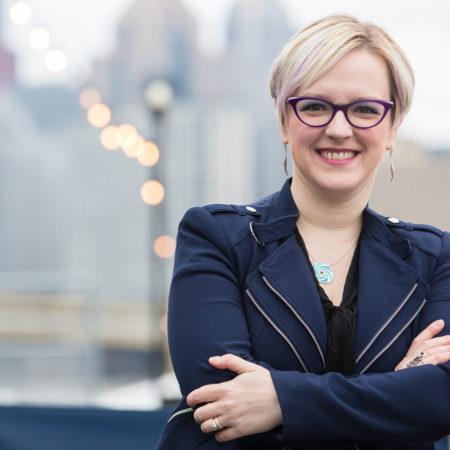 Conductor Maria Sensi Sellner’s artistry, versatility, and fresh approach to programming are making her an increasingly coveted collaborator for orchestras, choruses, and opera companies. Praised as “mightily impressive”, she was the first three-time winner of the American Prize for Opera Conducting and recently made her debut with the Dallas Opera Orchestra as one of six international conductors selected for the Hart Institute for Women Conductors. Ms. Sellner is Artistic & General Director of Resonance Works Pittsburgh, the company she founded in 2013, which has been recognized as having “demonstrated an innovative streak in its musical programming, earning its own niche in the city’s concert landscape.”  With Resonance Works, Ms. Sellner conducted the American premiere of James MacMillan’s Gloria and a number of Pittsburgh premieres including Lang’s little match girl passion and Dvořák’s Rusalka.

Ms. Sellner holds masters degrees in conducting, composition, and mechanical engineering from Carnegie Mellon University, and lives in Pittsburgh with her Roboticist husband, Brennan, and their Havanese puppy, Lucy.