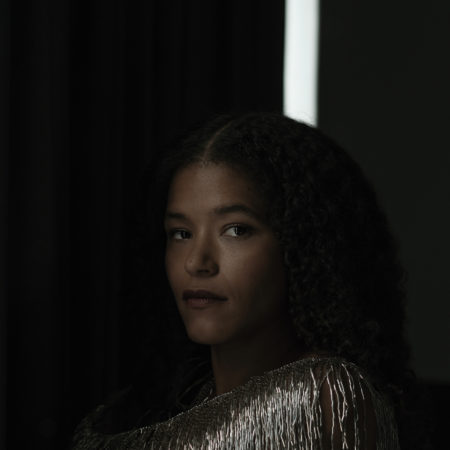 Leila Adu is an astonishing force in the space where electropop, avant-classical and singer-songwriter meet. Exploring her roots in New Zealand, Britain and Ghana, Adu is an international artist who has performed at festivals and venues across the world. Compared to Nina Simone and Joanna Newsome by WNYC, Adu has released five acclaimed albums, and has given visionary solo BBC and WQXR performances. Adu’s credits include Ojai Music Festival, Bang on a Can, the New Jersey Symphony Orchestra, Late Night with David Letterman, and composing for a Billboard charted album. She has composed for Bang on a Can, the New Jersey Symphony Orchestra, the Brentano String Quartet, So Percussion, Gamelan Padhang Moncar, Orchestra Wellington, as well as performing and having compositions performed at Ojai Music Festival and acted as a co-composer on the 2020 opera Magdalene. She received BMus from Victoria University of Wellington, and her doctorate in music composition at Princeton University, and is currently and assistant professor in the music technology program in the music and performing arts professions department at Steinhardt, New York University. Adu taught music to prisoners at Sing Sing Correctional Facility as a faculty member of Musicambia – music for social change, and currently sits on the board of directors for  Die Jim Crow Records the country’s first record label for currently and formerly incarcerated individuals.