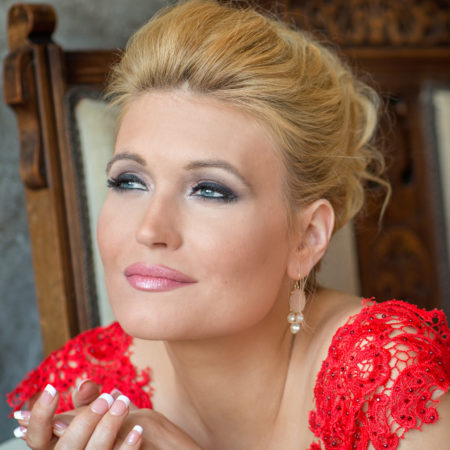 Kirsten Chambers is widely known for her portrayal of the title role of Salome at the Metropolitan Opera, Opera Hong Kong, and with Florida Grand Opera. Her Carnegie Hall debut came on just two days’ notice when she sang the fiendishly difficult role of Maria in Richard Strauss’ Friedenstag with the American Symphony Orchestra.  She first joined the roster of the Metropolitan Opera in 2016 as a cover of Isolde in Tristan und Isolde and will rejoin the Metropolitan Opera roster next season for Die Walküre. She made her European debut in 2013 with the Savonlinna Opera Festival as Elsa in Lohengrin, a role she has also performed with Opéra de Rennes and the Hong Kong Arts Festival. Favorite engagements include performing the Angel in Angels in America for New York City Opera and Erwartung with Orchestra Now. Upcoming in Boston is a debut of her most favorite Strauss role to date, Die Ägyptische Helena with Odyssey Opera in Boston.