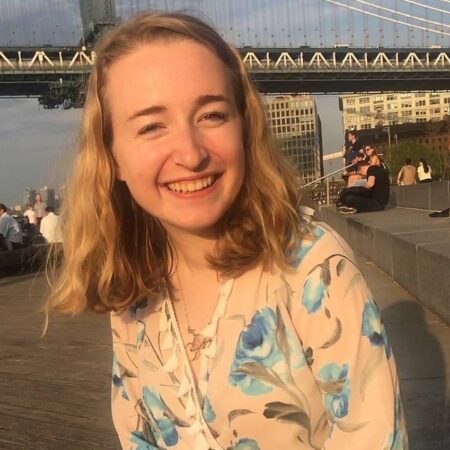 Katharine Matthias (she/her) is a director, writer, and scholar interested in exploring the boundaries between artistic disciplines. She is also passionate about having a sense of play in her work. She has recently worked on The Manic Monologues (McCarter Theatre Center; Drama League Nomination), Virginia Grise’s a farm for meme, and NBCUniversal’s broadcast of the Tokyo 2020 Olympics. Additionally, she has worked as a director, playwright, performer, and designer for dozens of projects at Princeton University’s Lewis Center for the Arts. She recently co-published the article “Puppeteering Liveness: Reimagining Theatre for a Virtual Space” in the August 2021 edition of the academic journal Theatre Topics and has also worked as a research assistant on the project Innovations in Socially Distant Performance, which was archived by the Library of Congress. She currently works in film and TV development at an indie production company based in New York and London. She is a recent graduate from Princeton University with a degree in Comparative Literature and a certificate in Theater.