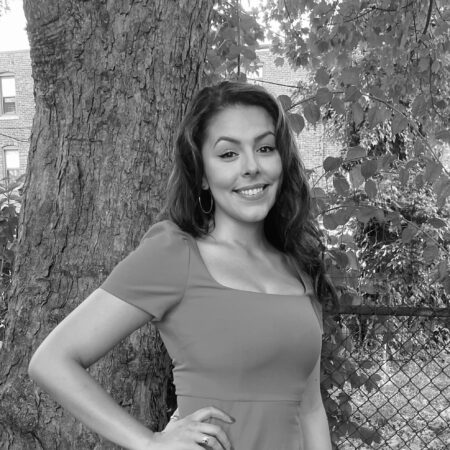 Mezzo-Soprano Juliette Kaoudji’s most recent performances were at the New England Conservatory Blackbox Theatre as Dido and Aeneas as Dido by Henry Purcell and as Maman and Pâtre in L’Enfant et les sortilèges by Maurice Ravel. In fall of 2021, she performed in the modern opera, Svadba as Nada by Ana Sokolovic and the NEC movie production of The

Dialogue of the Carmelites as Mere Jeune. She played the title role of Mayrik in the 2019 premier of Role Playing Game by NEC alumni Jacob Schulman.

She oversaw 2 productions of 4 opera scenes at the Soldiers Home in Chelsea and NEC sponsored by a grant awarded by the Entrepreneurial Musicianship department. This Boston Arts Academy alumni received her Bachelors in Music 2020 and Masters in Music 2022 from NEC. She will begin NEC’s Graduate Diploma program this fall under the instruction of her voice teacher Ms. Carole Haber.