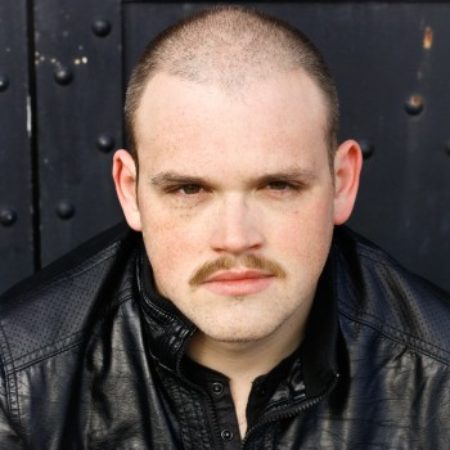 Baritone Josh Quinn, has been praised for his “butter-smooth timbral beauty” (Boston Musical Intelligencer) and for vocalism to which one should “sit up and take listen” (Dallas News). As a Gerdine Young Artist at the Opera Theatre of Saint Louis, he sang the roles of the 2nd Commissioner in Dialogues of the Carmelites and Rabonnier in La Rondine. He also covered the Marquis in Dialogues of the Carmelites, Leo Stein in the world premiere of Ricky Ian Gordon’s 27, Rambaldo in La Rondine, and Isacio in the US premiere of Handel’s Richard the Lionheart. Highlights of Quinn’s recent seasons include Sciarrone in Tosca at Maine’s PORTopera; Jesus in the St. Matthew’s Passion with the New York Metamorphosis Orchestra; his debut with the American Symphony Orchestra in Hindemith’s opera The Long Christmas Dinner; and Don Alfonso in Cosi fan Tutte with the Merola Opera Program. During his studies at the New England Conservatory, Quinn was seen in a variety of roles including Papageno, Don Alfonso, Dr. Falke, and Thoas in Iphigénie en Tauride, Mr. Kofner in The Consul, and Forester in The Cunning Little Vixen. In 2017, Quinn originated the role of Lucifer in Cerise Jacob’s and Julian Wachner’s new opera Rev. 23, at the Prototype Festival in New York City, after singing the same role at the workshop in Boston. This past summer, Josh was a Marc and Eva Stern Fellow at Songfest, singing in recitals with Martin Katz, Graham Johnson, and John Musto. Following that, he sang the role of Captain Walton in Libby Larsen’s Frankenstein at West Edge Opera.

Recently, Quinn received third place in the Orpheus Vocal Competition and has placed as a finalist in The Gerda Lissner Lieder Competition, the Francisco Viñas Competition, and the Mid-South Region of the Metropolitan Opera National Council Auditions. In 2015, Josh Quinn received an Encouragement Award from the Opera Index Competition, Honorable Mention from the George London Foundation, and third place in the Mildred Miller International Singing Competition. This past August, Quinn placed third in the prestigious Wigmore Hall/Kohn Foundation International Song Competition in London.