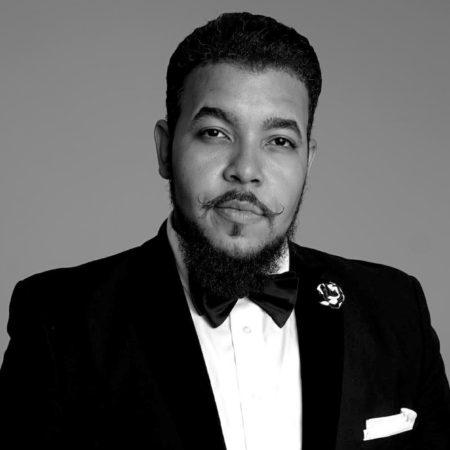 José Heredia, who hails from the Dominican Republic, was the first prize winner of the New Jersey Association of Verismo Opera International Competition and received an Encouragement Award from the Giulio Gari International Vocal Competition. He has been hailed as “A Golden-Age style tenor…that impresses immediately with his vibrant instrument and forward placement of tone.”

Recent and upcoming: Mr. Heredia completed the role of Ricardo in Un ballo in Maschera with Amore Opera and was Turridu in Cavalleria Rusticana in concert with the Brooklyn Philharmonia Chorus. This past summer he was heard as Alfredo in La traviata in the Dominican Republic with OperaRD. This season he is Pinkerton in Opera West’s production of Madama Butterfly.

On the concert stage, Mr. Heredia made his Zankel Hall debut in a world première of Four Short Stories at the Standard Hotel by Colombian composer Julián De La Chica. He has soloed with the Teatro Nacional Eduardo Brito of the Dominican Republic in a program titled Canto Lirico Dominicano; and, the Brooklyn Philharmonia Chorus and Long Island Choral Society in Messiah. Additionally, he has also soloed in Britten’s Rejoice in the Lamb, and in Brahms Ein Deutsches Requiem and Zigeunerlieder. Other appearances as soloist have included Verdi’s Messa da Requiem in Siena Italy, Ariel Ramierz’s Misa Criolla and Messiah at West Point Military Academy.

Mr. Heredia received his undergraduate degree in Vocal Performance from Nyack College and completed two-years of post-graduate studies from the Manhattan School of Music.