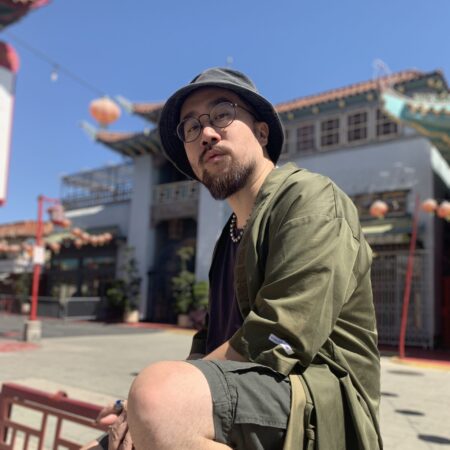 jason chu speaks hope and healing in a broken world, blending high energy performances with thoughtfully crafted lyricism. As a Chinese American kid in suburban Delaware, he found a vocabulary for racial identity and liberation in rap music and hip-hop culture. Touring extensively, jason brings a clear-eyed social and historical consciousness to stages and classrooms around the country and globally.

jason is a 2022 Artists at Work Fellow at the Japanese American National Museum. His work has been presented on the National Mall in Washington DC and curated by the Los Angeles Department of Cultural Affairs and in the Chinese American Museum. His music has been heard on Warrior (HBO Max), Tetris Beat (Apple Arcade), Snowpiercer (TNT), and Wu Assassins (Netflix).