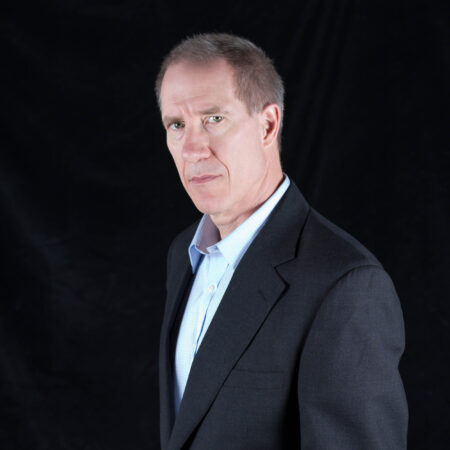 A Survivor’s Odyssey: The Journey of Penelope and Circe
Cosmic Cowboy—Boston 2022

Bass-baritone James Demler is known for his versatile range of repertory, spanning the operatic, oratorio, concert, and popular music genres. He has been an annual favorite with Odyssey Opera, with recent roles as Pistol in Air John in Love by Ralph Vaughn Williams, Jov in Dvorak’s Dimitrij, Pietro de Wissant in Donizetti’s L’Assedio di Calais, Geronte in Gounod’s Le Medecin Malgre Lui, Gualtiero in Pacini’s Maria, Regina D’lnghilterra, and most recently the role of Earl of Arundel in the World Premiere of Arnold Rosner’s The Chronicle of Nine, a co-production with the Grammy Award winning BMOP Orchestra of Boston. In the fall of 2021, Mr. Demler will make his company and role debut as Abbot in Britten’s Curlew River with Enigma Chamber Orchestra in Boston.

Other recent engagements Save included performances with Boston Lyric Opera as the title role in Verdi’s Macbeth, Dikoy in Janacek’s Katya Kabanova, and Le Bailli in Massenet’s Werther. Mr. Demler has been featured numerous times as a soloist with the Boston Pops, with highlights that include Ralph Vaughn Williams Fantasia on Christmas Carols, and The Boston Red Sox Baseball Cantata by George Kleinsinger, conducted by Keith Lockhart as part of their City of Champions series. Internationally Mr. Demler has sung the role of Don Alfonso in a concert version of Cosi fan tutte with the Tuscia Opera Festival in Viterbo, Italy, and in 2016 debuted at the Concertgebouw in Bruges, Belgium, and at the Liederhalle in Stuttgart, Germany, singing the Bass solos in Verdi’s Requiem. In addition, he made his film debut as Noah in Wes Anderson’s Moonrise Kingdom, which opened the 2012 Cannes Film Festival, and was also a guest Public Address Announcer for the Boston Red Sox at Fenway Park in June, 2012.

Mr. Demler first gained national attention at Houston Grand Opera, where be appeared as Morales in Carmen, De Bretigny in Manon, and Peter in Hansel and Gretel. He also debuted with the Houston Symphony, where he sang the role of Maestro in a concert version of Salieri’s rarely performed opera Prima la musica, poi le parole. In New York City he made his Carnegie  Hall debut with the Opera Orchestra of New York as Dikson in Boieldieu’s La Dame Blanche, and has returned to that venue singing prominent roles in Donizetti’s Roberto Devereox, von Weber’s Der Freischutz and Catalani’s La Wally, all with the Opera Orchestra of New York.

Mr. Demler made his Canadian operatic debut as Sharpless in Madama Butterfly with Edmonton Opera, a role be went on to perform with Anchorage Opera. He also appeared in Anchorage as Marcello in La bohème, Valentin in Faust, a role which be debuted with the West Virginia Symphony, and he premiered songs by Pulitzer Prize-winning composer John Luther Adams with the Anchorage Symphony. He appeared as Pish-Tush in The Mikado with Chautauqua Opera, sang the role of Danilo in The Merry Widow with Palm Beach Opera, and performed Silvio in Pagliacci with Chattanooga Opera. He also made debuts with Long Beach Opera as Aeneas in Dido and Aeneas, and Bartley in Vaughn-Williams’ Riders to the Sea.

A formidable interpreter of the works of contemporary composers, Mr. Demler has premiered many new pieces, particularly those of Daron Hagen, with whom be premiered his operas Shining Brow, Bandanna, and The Antient Concert. He also created the role of Sgt. John Regan in Eric Sawyer’s The Scarlet Professor for the Five College Festival in Northhampton, Massachusetts in 2017, and most recently premiered Sawyer’s new musical My Evil Twin at the Ko Theatre Festival with his identical twin John.

Mr. Demler is an Assistant Professor of Voice at Boston University.