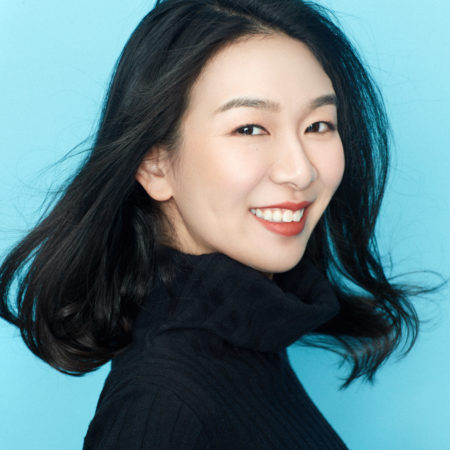 Helen Zhibing Huang is a Chinese-born soprano with a wide range of musical interests, spanning from baroque to the present day.

In the 2019-2020 season, Miss Huang created the character of Singa Loh in Jorge Sosa’s I Am a Dreamer Who No Longer Dreams with White Snake Projects, a “challenging role” that Opera News declared she performed “brilliantly.”  She also made concert and operatic debuts in Europe at the Deutsche Oper Berlin and in Australia. As a Nashville Opera Mary Ragland Emerging Artist, she performed the role of Flora in The Turn of the Screw and was slated to perform Countess Ceprano and the Page, and cover Gilda in Rigoletto before that spring 2020 production was canceled due to COVID-19.

In the Summer of 2020, Miss Huang was set to debut with Opera Parallèle as Henrietta Wong in the now postponed Harvey Milk. Following this important debut, she was meant to appear at the Glimmerglass Festival as a Young Artist singing the role of Almirena in Handel’s Rinaldo. Due to the worldwide COVID-19 pandemic, the festival has been canceled, but she will remain a Young Artist via virtual sessions.

Miss Huang holds degrees from the New England Conservatory, Dawn Upshaw’s Bard Vocal Arts Program, the Eastman School of Music, and the University of Rochester (B.A. Economics).  She is a founder of Wear Yellow Proudly, an initiative that aims to bring awareness to Asian culture and strengthen the ties within the global community through music, poetry, and culture. In her spare time, Miss Huang enjoys cooking traditional Chinese dishes, traveling, and making new friends.