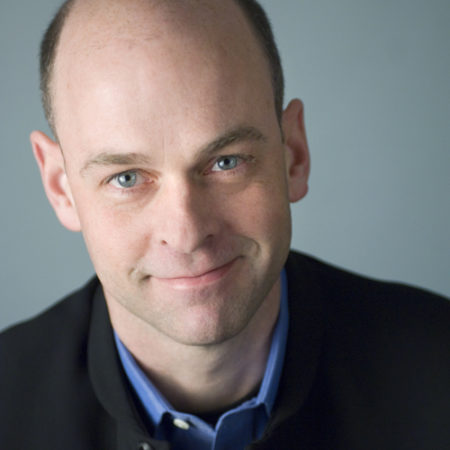 In 1996, Mr. Rose founded the Boston Modern Orchestra Project (BMOP), the foremost professional orchestra dedicated exclusively to performing and recording symphonic music of the twentieth and twenty-first centuries. Under his leadership, BMOP’s unique programming and high-performance standards have attracted critical acclaim and earned the orchestra fifteen ASCAP awards for adventurous programming as well as the John S. Edwards Award for Strongest Commitment to New American Music.

Mr. Rose maintains a busy schedule as a guest conductor on both the opera and symphonic platforms. He made his Tanglewood debut in 2002 and in 2003 debuted with the Netherlands Radio Symphony at the Holland Festival. He has led the American Composers Orchestra, Warsaw Philharmonic, National Symphony Orchestra of Ukraine, Cleveland Chamber Symphony, Orchestra della Svizzera Italiana, and the National Orchestra of Porto. In 2015, he made his Japanese debut substituting for Seiji Ozawa at the Matsumoto Festival conducting Berlioz’s Béatrice et Bénédict, and in March 2016 made his debut with New York City Opera at the Appel Room at Jazz at Lincoln Center.

Over the past decade, Mr. Rose has also built a reputation as one of the country’s most inventive and versatile opera conductors. He founded Odyssey Opera, an inventive company dedicated to presenting eclectic operatic repertoire in a variety of formats, in September 2013. Prior to Odyssey Opera, Mr. Rose led Opera Boston as its Music Director starting in 2003, and in 2010 was appointed the company’s first Artistic Director. He led Opera Boston in several premieres including the world premiere of Zhou Long’s Madame White Snake, which won the Pulitzer Prize for Music in 2011. With Opera Unlimited, a contemporary opera festival associated with Opera Boston, he led the world premiere of Elena Ruehr’s Toussaint Before the Spirits, the New England premiere of Thomas Adès’s Powder Her Face, as well as the revival of John Harbison’s Full Moon in March and the North American premiere of Peter Eötvös’s Angels in America.

Mr. Rose and BMOP recently partnered with the American Repertory Theater, Chicago Opera Theater, and the MIT Media Lab to create the world premiere of composer Tod Machover’s Death and the Powers (a runner-up for the 2012 Pulitzer Prize in Music). He conducted this seminal multimedia work at its world premiere at the Opera Garnier in Monte Carlo, Monaco, in September 2010.

Mr. Rose has led the longstanding Monadnock Music Festival in historic Peterborough, NH, since his appointment as Artistic Director in 2012, conducting several premieres and making his opera stage directing debut in two revivals of operas by Dominick Argento, as well as conducting, directing and producing the world premier recording of Ned Rorem’s opera Our Town.

Mr. Rose has curated the Fromm Concerts at Harvard three times and served as the first curator of the Ditson Festival of Contemporary Music at Boston’s Institute of Contemporary Art. As an educator, he served five years as director of Orchestral Activities at Tufts University and in 2012 joined the faculty of Northeastern University as Artist-in-Residence and Professor of Practice. In 2007, Mr. Rose was awarded Columbia University’s prestigious Ditson Award as well as an ASCAP Concert Music Award for his exemplary commitment to new American music. He is a four-time Grammy Award nominee.