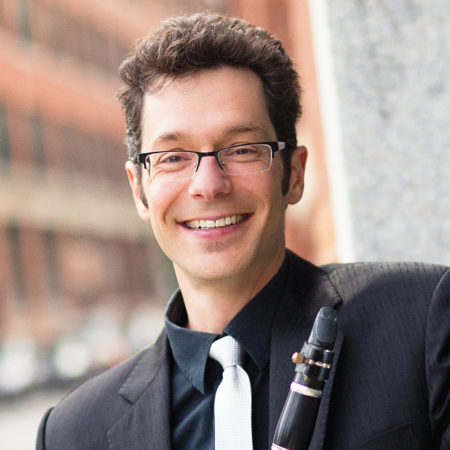 Professor of the Practice in Music Technology, is an entrepreneur, musician, and technologist. He is the co-founder and chief scientist of Harmonix Music Systems, the music-based video game company that created the revolutionary titles Guitar Hero, Rock Band, and Dance Central with sales in excess of one billion dollars. Eran and his business partner Alex Rigopulos were named in Time Magazine’s Time 100 and Fortune Magazine’s Top 40 Under 40. Eran is also an accomplished clarinetist, performing regularly with Radius Ensemble, Emmanuel Music, and freelancing in the Boston area. Prior to starting Harmonix, Eran earned degrees in Electrical Engineering and Music from MIT, where he conducted research on combining music and technology at the MIT Media Lab. Now back at MIT, his research and teaching interests include interactive music systems, music information retrieval, and multimodal musical expression and engagement. His current research project, ConcertCue, is a program-note streaming mobile app for live classical music concerts that have been featured with the Boston Symphony Orchestra and New World Symphony.