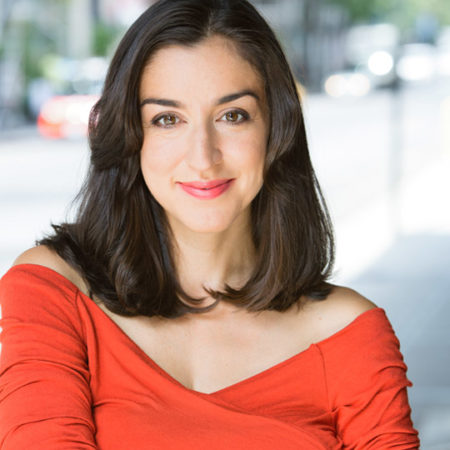 Elena Araoz is a stage director of theater and opera working internationally, Off-Broadway and across the country. With White Snake Projects, she directed I Am a Dreamer Who No Longer Dreams which will next perform with Resonance Works Pittsburgh.

Internationally, she directed the world premiere of Li Tong Chen’s The Power in Beijing, A Midsummer Night’s Dream for Prague Shakespeare Festival in the Czech Republic. Two Arms and a Noise (a physical theatre piece about the life of an indigenous Peruvian woman which Araoz originally wrote and directed as a New York Theatre Workshop fellow and which was recognized in the Latino Theatre Commons’ “plays and writers that everyone should know”) performed for the Bucharest International Theatre Platform in Romania.

The New York Times has praised Araoz’s productions as “striking,” “primal,” “wild,” “stirring,” and “refreshingly natural,” The Boston Globe as “riveting,” “dreamy,” and “vivid,” and The New Yorker as “refreshing.” Time Out New York mentions, “Elena Araoz is a director with deep wells of imagination; she seems drawn to magical realist work.” She is a faculty member at Princeton University where she is leading a research project titled “Innovations in Socially Distant Theatre.”