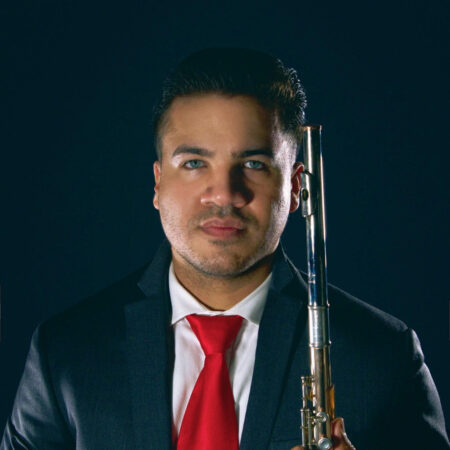 Born in Newark, NJ and raised in Puerto Rico, Dr. Giovanni A. Pérez completed his bachelors degree in the island in flute performance in the Conservatorio de Musica. In 2014 he moved to Tampa to pursue his Masters in Music at University of South Florida where he was nominated for a Latin Grammy as a producer for best latin jazz album in 2015. In 2016 he moved to New York to pursue his Doctorate in Flute and Jazz at Stony Brook University. He currently lives in Lynchburg Virginia where he works as Assistant Professor of Global Music and Flute.