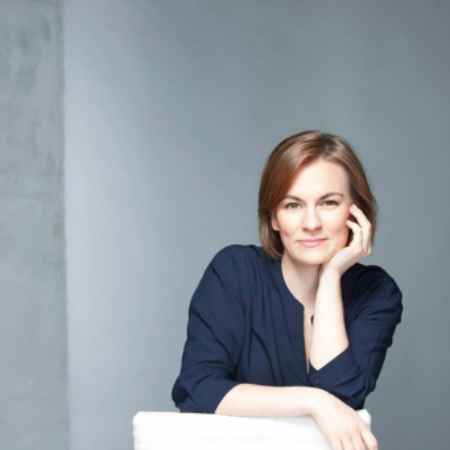 Daniela Candillari is attracting increasing attention as a conductor. In Spring 2018 she will make her debut at the Lyric Opera of Chicago, followed by her debut at Minnesota Opera. Engagements in her home city of New York include a debut with NOVUS NY, the PROTOTYPE Festival, and the Manhattan School of Music Philharmonia. Other recent work includes Matthew Aucoin’s opera Crossing and Verdi’s Falstaff with the Royal Liverpool Philharmonic, Sir Bryn Terfel, and Vasily Petrenko. Additionally, she leads a workshop of Clint Borzoni’s The Copper Queen for Arizona Opera and Double Exposure for Opera Philadelphia.

Ms. Candillari’s thorough competence in opera has come through a traditional route: as a Répétiteur work includes extended periods with Slovenian National Opera, European Opera Centre and Indiana University Jacobs School of Music; she has been an opera coach (working alongside Martina Arroyo and Carol Vaness); as a recitalist, she has worked with Håkan Hagegård and for the European Commission in London; as assistant conductor she has worked on contemporary projects for OPERA America and more traditional repertoire for Sarasota Opera; and at Slovenian National Opera she was successively chorus master, assistant conductor and assistant to the Artistic Director. Her broadcasting work includes  National Public Radio America, Austrian Radio, Slovenian National Radio and Television, and Serbian National Television.

She has a strong interest in contemporary work in many different genres. Ms. Candillari conducted the world premiere of Stefania de Kenessey’s opera Bonfire of the Vanities at Museo del Barrio, New York. At the Center for Contemporary Opera, she workshopped Rachel Peters’ and Royce Vavrek’s opera Wild Beast of the Bungalow; and gave the first public presentation of Hannah Lash’s opera Beowulf. Ms. Candillari’s work as a composer has given her a special insight into and understanding of contemporary work. Her own compositions – often commissioned by outstanding instrumentalists and most recently by the University of Pittsburgh – have now been performed by musicians from the symphony orchestras of Boston, Cleveland, Detroit, and Pittsburgh, and by the musicians from the three resident orchestras of the Lincoln Center – the Metropolitan Opera Orchestra, the New York Philharmonic and New York City Ballet. Alongside her championing of contemporary repertoire, Daniela Candillari has founded her own chamber orchestra – Gravity Shift – in New York City to take more traditional repertoire to new audiences.

A native of Slovenia, Daniela Candillari moved to the United States five years ago. Ms. Candillari holds a Doctorate in Musicology from the Universität für Musik in Vienna, a Master of Music in Jazz Studies from the Indiana University Jacobs School of Music and a Master of Music and Bachelor in Piano Performance from Universität für Musik in Graz. She was a Fulbright scholar and was subsequently awarded TED Fellowship.