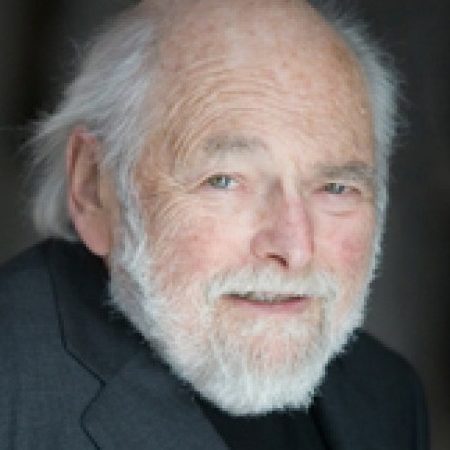 Charles was always “Charles.” Not “Charlie,” not “Chuck.” Born Charles David Jacobs on May 28, 1933, in Brooklyn, he acquired the middle initial “M” through an event now forgotten…

Always entrepreneurial, at the age of twelve, Charles realized that he lived in a less-than-optimum school district. He falsified his address so he could attend Erasmus, the best high school in Brooklyn. Charles won a scholarship to the University of Chicago at the age of 16. This launched a lifetime of innovation, punctuated by spectacular failures and equally spectacular successes.

Charles’ wondrous curiosity and willingness to explore all possibilities — “put everything down on a whiteboard” he would say, “don’t say ‘no’ to anything” — resulted in an eclectic career. As an undergraduate, he helped to form the “Tonight at 8:30” repertory company and was one of the initiators of Compass Players, the predecessor to Second City.

He practiced law briefly, attempted to convert a Greenwich Village hotel into a performing arts venue, consulted in the natural gas industry, planned a televised stock market ticker venture and consulted for the forerunner of LexisNexis. Through these diverse projects, Charles honed his talent for creating value by identifying unseen opportunities, the hallmark of entrepreneurship.

Although trained as a lawyer, Charles was among the first to realize in the 1970s that health care quality and efficiency could be improved by using evidence-based clinical data to evaluate the appropriateness of medical care and the effectiveness of treatment. By analyzing data at the individual patient level and then aggregating the treatment results for thousands of patients, his approach established expectations for the best achievable care.

In 1976, he founded InterQual (now owned by McKesson Robbins) to implement his concept of evidenced-based health care. The InterQual system is now used in the majority of U.S. hospitals, as well as government agencies and private health care plans, to evaluate the level of services required by each patient.

Charles was on the Joint Commission on Accreditation of Hospitals, established its Quality Review Center, and wrote “Measuring the Quality of Patient Care: The Rationale for Outcome Audit.” He was listed in “Makers & Shakers of America’s Health Policy.” He received a founder’s award from the American College of Utilization Review Physicians for “outstanding contributions to the issues of the Quality of Health Care.” He was named Man of the Year by the AMA’s American Medical News and was made an honorary life member of the American College of Medical Quality.

Charles was a founding board member of Evidox, a company that assists attorneys with assessing electronic evidence.

His last creative project was to inspire and help produce Madame White Snake, an opera based on a millennium-old Chinese legend. The opera was a birthday gift from Cerise, who wrote the libretto. It started as a song cycle, but Charles saw the potential for something much bigger. Soon, the 10-minute piece that was to have been performed in his living room for a small group of friends became a full-length opera composed by Zhou Long and commissioned by Opera Boston and the Beijing Music Festival. Madame White Snake had its world premiere in Boston in February 2010.

Charles’ was an intrepid world traveler. His last journey, however, was a journey of the spirit. It was Charles’ wish to attend the Asia premiere of Madame White Snake. He died on October 25, 2010, two days before the performance. Cerise traveled to Beijing to fulfill Charles’ last wish, and arrived three hours before the curtain rose. The performance was dedicated to Charles.