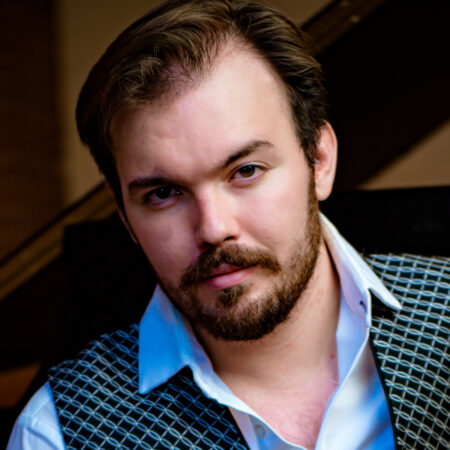 Up and coming tenor Charles Calotta is an exceptional talent. Noted for his fresh lyric voice, innate musicality and skilled acting, he continues to build an impressive reputation of all periods. His creativity and unusual versatility make him an outstanding presence on any stage.

Mr. Calotta has performed with the Prague Summer Nights and Lyrique International de Belle-Île Festivals, the Florida Grand Opera, Opera North, the Maryland Opera Studio and the Dell’Arte Ensemblestandard roles such as Tamino in Die Zauberflöte and Count Almaviva in Il Barbiere di Siviglia. He is equally at home in contemporary repertoire. Of particular note is his work in Gregory Spears’ Fellow Travelers, Michael Nyman’s The Man Who Mistook His Wife for a Hat, and André Previn’s A Streetcar Named Desire.

A native of New York City, Mr. Calotta has been the recipient of numerous awards, including the Delene Laubenheim McClure Prize and the Michelson Collaborative Arts Award. He is a graduate of Vanderbilt University and received his M.M. degree from the University of Maryland.