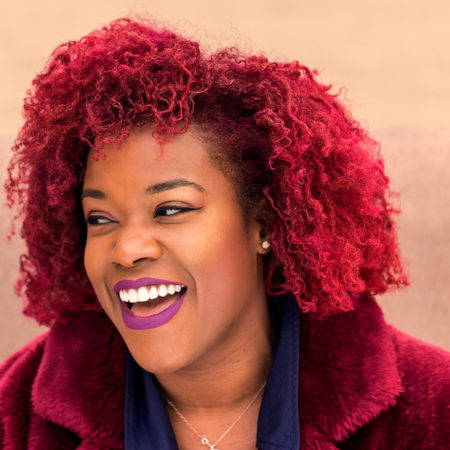 In 2018, she joined the Metropolitan Opera Guild for excerpts from Tosca and sang her first Musetta in La bohème with Regina Opera, followed by the title role in Aida, where critics noted that “Hilaire’s intimate phrasing floated over the tumult of the strings, and in the moments where her voice soared, she earned the applause which nearly brought the show to a stop.”(Logan Martel, OperaWire). 2019 engagements included a recital sponsored by the Wagner Society of New York, the title role in Suor Angelica with Si Parla Si Canta in Italy, and a concert with Opera Memphis. In 2020, ‘Mimi’ joined Symphony of the Mountains in Mechem’s Song of the Slave. Her
2021 season boasts two debuts: White Snake Project’s production of Cosmic Cowboy in the role of Tia, and Lady Macbeth in Macbeth with Knoxville Opera.

Ms. Hilaire received an encouragement award from the Wagner Society of New York and sang throughout Switzerland with the Internationale Opernwerkstatt. She is a Hans Gabor Belvedere competition qualifier, Julian Autrey Foundation grant winner, and winner of the Premiere Opera International Vocal Competition Aprile Millo award.

The uniquely soulful soprano hails from Brooklyn and has appeared with Teatro Nuovo, Loft Opera, New Jersey Verismo Opera, Sarasota Opera, and Saratoga Opera. She earned a Professional Studies Diploma from the Mannes School of Music in 2014.