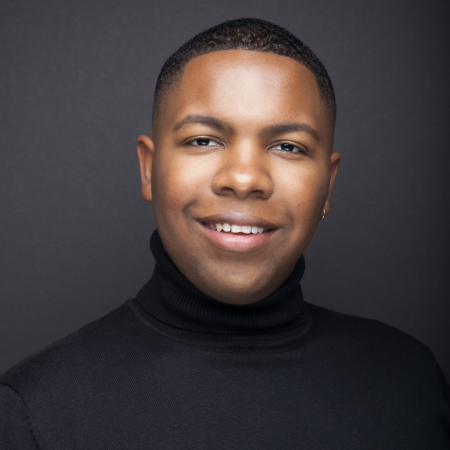 Brandon Bell is a young baritone making waves in the operatic landscape within North America. In the summer of 2021, Mr. Bell was granted a fellowship at the Ravinia Festival’s Steans Music Institute in their program for singers where he studied and performed a variety of art song repertoire. He also joined Des Moines Metro Opera in 2021 as an Apprentice Artist where he covered the roles of Momus in Platée and Hawkins Fuller in Fellow Travelers and sang the roles of General Arlie and the Bartender in Fellow Travelers. This season, Mr. Bell joins Fort Worth Opera as one of their Lesley Resident Artists where he will appear as Gomez in the world premiere production of Zorro. Additionally, this season, Mr. Bell will cover the dynamic role of Germont and sing Baron Doupohol in Fort Worth Opera’s production of La traviata and joins White Snake Projects for their concert Sing Strong: Incarcerated Voices.