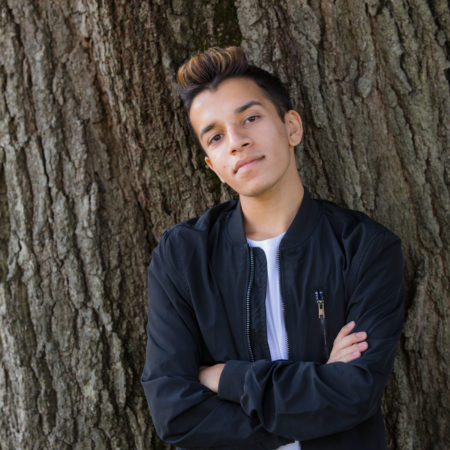 Avik Sarkar is a first-year student at Yale University, where he studies English and Women’s, Gender, and Sexuality Studies. As a composer, Avik has been recognized by several national and international competitions. He has received awards from Webster University, Tribeca New Music, and the National YoungArts Foundation, and he was the youngest winner of BMI Student Composer Awards. His string quartet Stray Birds, commissioned by PUBLIQuartet, was premiered at National Sawdust in Brooklyn, New York. As a queer person of color and a first-generation immigrant, Avik strives to promote social justice and activist efforts through his work. He organized a benefit concert that raised over $5,000 for the Boston Center for Refugee Health and Human Rights.