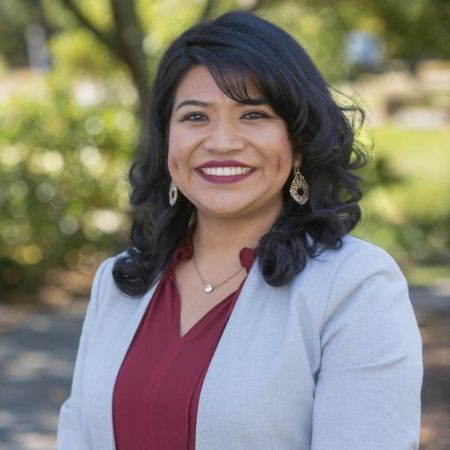 Ariana was born in Mexico City, Mexico and came to the United States at the age of four. She grew up in Northern California and graduated with distinction and a BA in Sociology from Sonoma State University in 2011. While an undergraduate student at Sonoma State, she co-founded the first AB540 support group for undocumented students, which provided a safe space and resources for this student population. Four years later, Ariana returned to her alma mater and helped establish the creation of their UndocuResource Center. Ariana’s professional career is influenced by her own experiences navigating life and education in the U.S. as an undocumented, DACA recipient and first-generation Latina. She continues to advocate for the immigrant community by sharing her story for media outlets like Univision and the Women’s March in San Francisco in 2018 to push for the passing of a comprehensive immigration reform for all 11 million undocumented immigrants.

Ariana currently resides in Cambridge, MA where she recently obtained her Master’s Degree in Education from the Harvard Graduate School of Education. Her current work focuses on student affairs, first-generation students, and undocumented students at the graduate school level. Ariana’s ultimate goal is to obtain a Ph.D. in Education. She hopes to utilize her education to facilitate the pipeline for underrepresented students to enter higher education in greater numbers.