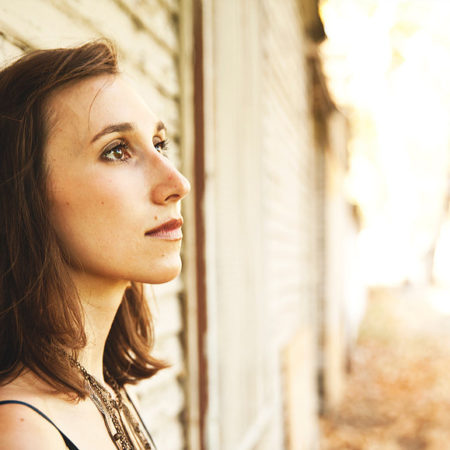 Over the 2018|19 season, Anna will make several exciting debuts, as well as return to her roots as a Handel soloist for her sixth year in a row performing Messiah. In November, she made her LA Opera debut at REDCAT, creating the role of Bibi in the world premiere of Ellen Reid’s opera p r i s m, directed by James Darrah and conducted by Julian Wachner and Daniela Candillari in a performance described as “revelatory” (Catherine Womack, I Care If You Listen). She reprises that role at the Prototype Festival in January for p r i s m’s East Coast premiere. Anna is also thrilled to return to Peter Sellars’ production of Lagrime di San Pietro as it launches a worldwide tour in late 2018; look for her at the Ravinia Festival, on the East Coast, and in California, New Mexico, Australia, Mexico, England, and France over the next nine months.

Anna continues to breed her love for new music and performance, and was thrilled to premiere with The Industry in early 2015, singing the ethereal soprano role of L in Anne LeBaron’s scenes from LSD: The Opera, with Marc Lowenstein and wild Up at First Take: 2015. A few months later, she reprised the role of L in a more complete, staged version of LSD at REDCAT, this time with Partch and under the baton of Christopher Rountree. In 2017, she made her debut with Opera Omaha singing the role of the Controller in their production of Jonathan Dove’s Flight, where she was pleased to collaborate again with conductor Christopher Rountree and for the first time with director James Darrah. She recently made her soloist debut with Gustavo Dudamel and the LA Phil in early 2018 as a member of the Street Chorus in Bernstein’s Mass, which was directed by Elkhanah Pulitzer and choreographed by Laurel Jenkins. That same production led to Anna’s Lincoln Center debut in July of 2018, when she reprised her role at the Mostly Mozart Festival under the baton of Louis Langrée. The Wall Street Journal listed her as a “standout among the street-chorus soloists” for that performance.

Anna also performs actively as both a soloist and chorister in Southern California, primarily with the LA Master Chorale. She made her Master Chorale debut as a soloist in Handel’s Messiah in 2013 for their 50th anniversary season at Walt Disney Concert Hall. Since then, her soloist credits with the Master Chorale have included Bach’s St. Matthew Passion, Gubaidulina’s Canticle of the Sun, a version of Handel’s Alexander’s Feast staged by Trevore Ross, Handel’s Israel in Egypt, and several performances of Handel’s Messiah. In 2016, Anna was one of 21 Master Chorale singers to perform in a new staged production of Orlando di Lasso’s Lagrime di San Pietro, directed by Peter Sellars and conducted by Grant Gershon, which the LA Times lauded as “a major accomplishment for the LA Master Chorale” and “a major accomplishment for music history.”

Outside of the Master Chorale, Anna has also cultivated a lively concert soloist career. Highlights of her concert repertoire include Orff’s Carmina Burana; Handel’s Messiah and Laudate Pueri; and Mozart’s Exsultate, Jubilate; Requiem; Vesperae solennes de confessore; and Mass in C Minor. In January of 2017, she revisited the Exsultate, Jubilate in her debut with the San Luis Obispo Symphony for their chamber concert Mozart in the Mission. Anna has also gained a hometown reputation for her masterful Messiah solos, which she has sung with a different company in Southern California every December for the past six years. A 2014 Messiah performance at Christ Cathedral included a world-wide broadcast. One critic noted of a performance in 2015 that she “stole the show, with one of the finest performances of ‘Rejoice greatly’ I’ve ever heard” (Singerpreneur).

Outside the world of classical vocals, Anna began a professional endeavor as a session singer and member of SAG-AFTRA. Her voice appears in various film and TV soundtracks, including Minions, Creed, The Accountant, Sing, X-Men: Apocalypse, Jumanji: Welcome to the Jungle, A Wrinkle in Time, Smallfoot, and The Predator. Her classical chops came in handy for her solo in the 2016 movie Keanu, in which her soprano vocals can be heard dramatically soaring over orchestra and choir in the opening scene.

Anna attended Chapman University as a Provost Scholar, where she studied voice with renowned soprano Carol Neblett and pursued her Bachelor of Music in Vocal Performance. With Opera Chapman, she performed the roles of Suor Genovieffa (Suor Angelica), Madame Herz (The Impresario), and Pamina (Die Zauberflöte). The summer after her freshman year, Anna attended the Aspen Summer Music Festival and School on a full scholarship, where she sang in scenes from The Tender Land, Die Zauberflöte, and Mark Adamo’s Little Women. Her experience in Aspen, where she studied in the Mozart & 20th Century group, ignited a passion for new music, which she carried back with her to California. In her final years at Chapman University, Anna received the encouragement award from the Palm Springs Opera Guild, placed as a Top 5 finalist in Classical Singer’s Undergraduate Vocal Competition, and received the Bramlage Opera Award from the Hall-Musco Conservatory of Music.

​When she is not singing, Anna can usually be found outside somewhere, hiking and daydreaming, or inside somewhere, eating desserts. Occasionally, she will wander into a karaoke bar and try to channel Pat Benatar.