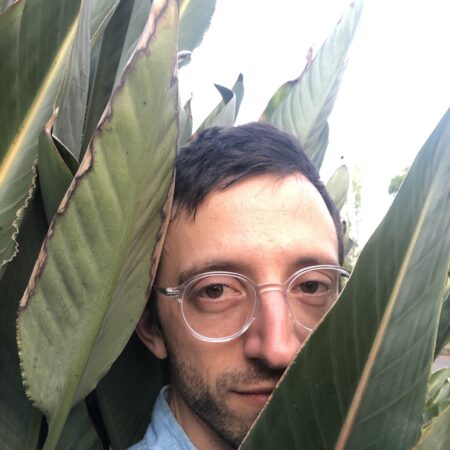 I am a composer, songwriter, and teacher living in California’s Central Valley region. I write music that is indebted to early-20th Century recordings of folk music from California’s immigrant communities, which feel like serendipitous snapshots of unique and wonderful sonic moments whose spontaneity can seem to be incompatible with conventional ideas of what a composer does. Two of my most recent projects, Field Reports (New Focus Recordings) and Song Collector (Bot Cave Records), seek to mediate between these various modes of music making. Another important recent project is a collaborative work, Site: Yizkor, which I created with the multidisciplinary artist Maya Ciarrocchi that investigates how and why people, cultures, and identities disappear, especially among marginalized communities. In addition to my composing, I have toured throughout the United States and Europe as a guitarist and bassist with indie rock bands, bluegrass groups, and improvising ensembles, and earned a 2017 Grammy nomination for Best Bluegrass Recording for my work with Laurie Lewis & The Right Hands.