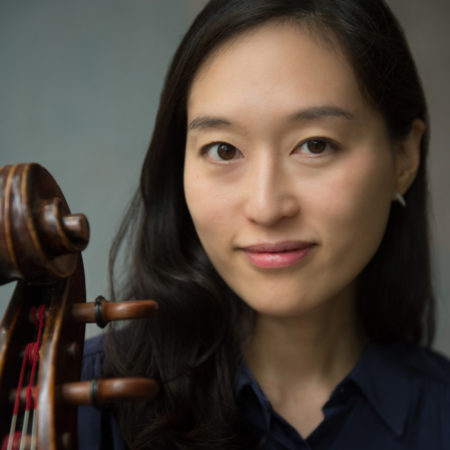 Agnes Kim’s BioCellist Agnes Kim, described as a “hair-raising performer” in The Boston MusicalIntelligencer, has an active and versatile career as a chamber musician, a soloist, and anorchestral player. As a member of the highly respected ArneisQuartet, she has presentedan eclectic range of programs from the standard to contemporary, including commissions ofnew works and interdisciplinary collaborations. A recording of the chamber music ofcomposer John H. Wallace, “Arneis Quartet and Friends”, was released in 2016 on CentaurRecords to critical acclaim. She has appeared as a soloist with the Hwaum BostonChamber Orchestra and the Busan Philharmonic Orchestra, performed with the Orchestraof Emmanuel Music, the Boston Philharmonic, the Marsh Chapel Collegium, the Back BayChorale, Cantata Singers, and Monadnock Music Festival Orchestra, and served as theprincipal cellist for the Haffner Sinfonietta and the Philharmonia Boston. She received herDoctor of Musical Arts from Boston University and holds degrees from the New EnglandConservatory and the Peabody Institute of Johns Hopkins University.