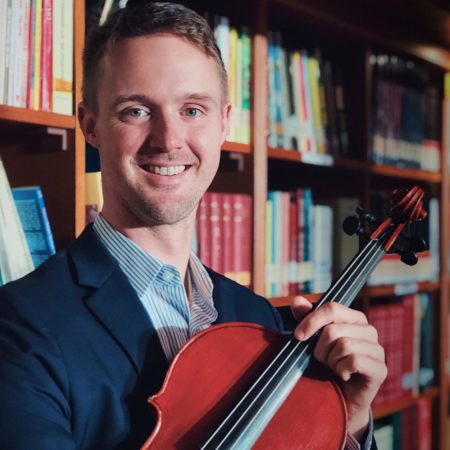 Violist Adam Paul Cordle has been featured as a soloist and chamber musician in venues throughout North America, Europe, and Asia, including Carnegie Hall (New York City) and Soehanna Hall (Jakarta). He performs with Duo 590, Trio Alexander, and the Suara Quartet; in duo partnerships with violinist Anyango Yarbo-Davenport and soprano Susan Hochmiller; and as principal violist with the Gettysburg Chamber Orchestra. He teaches viola, chamber music, and music theory at Gettysburg College and maintains a private studio in Gettysburg, Pennsylvania. Cordle serves as a board member for the American Viola Society.