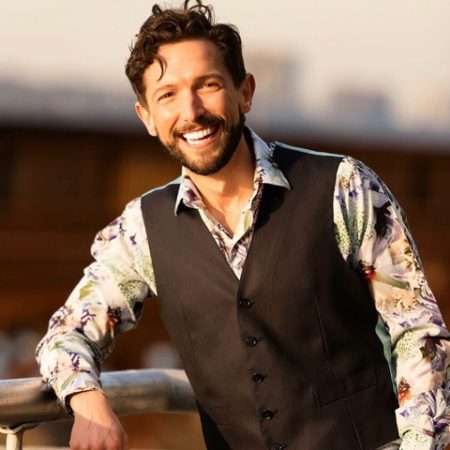 2017 George London Foundation Award winner, Aaron Blake, earned international recognition for his creation of the role of Timothy Laughlin in Gregory Spear’s Fellow Travelers. His tenor has been described as “Touching and Explosive” by the Wall Street Journal and The New York Times describes him as “Youthful and Appealing.” Recently Mr. Blake made a critically acclaimed debut with the New York City Opera as, Louis in Angels in America. He has performed with Cincinnati Opera, The Komische Oper Berlin, The Minnesota Opera, The Utah Opera, Tulsa Opera as Nadir in Bizet’s Les Pecheurs de Perles, The Dallas Opera as Romeo in Gounod’s Romeo et Juliette, as Ugo in Opera Orchestra of New York’s Parisina d’Este, Washington National Opera in Donizetti’s Anna Bolena, and The Metropolitan Opera in Verdi’s La Traviata. In recent seasons, Blake returned to the Metropolitan Opera for Les contes d’Hoffmann and The Merry Widow. He recreated the role of Timothy Laughlin in Fellow Travelers with Prototype Festival for the piece’s New York premier and debuted with The American Symphony Orchestra as Rothschild in Fleishman’s Rothschild’s Violin at Carnegie Hall, as Tamino with the Komische-oper-Berlin, as Candide with the Atlanta Symphony, and with Ravinia in Leonard Bernstein’s Mass. In the current season Mr. Blake returned to the Tulsa Opera for his first Rossini role as Count Almaviva in Il Barbiere di Siviglia, created the role of Mila in Andrea Clearfields’ Mila, Great Sorcerer with the Prototype Festival, returned to the Metropolitan Opera for Rigoletto and Dialogues des  Carmelites, and performed on tour in Australia and New Zealand with the Komische Oper Berlin as Tamino. Additionally, in March he returned to Carnegie Hall as Michel in the North American premiere of Martinu’s masterpiece Julietta with the American Symphony Orchestra, and this past summer he made a debut in Lincoln Center’s Mostly Mozart Festival as Tamino. Mr. Blake’s recent engagements included a European debut at the Frankfurt Opera as Michel in Julietta, and a return to the Metropolitan Opera for Phillip Glass’s Akhenaten including the international HD telecast and debuts with the Israel Opera as Almaviva in Barbiere,  Opéra de Montréal as Tamino.  He will return to the Komische Oper for Zauberflote, Cincinnati Opera for its one hundredth first anniversary opening as Almaviva in Barbiere and  then as Tamino in the Kosky Zauberflote at Tel Aviv. A return to the Metropolitan is set for May 2022 for the role of the High Priest of Amon in Akhnaten.